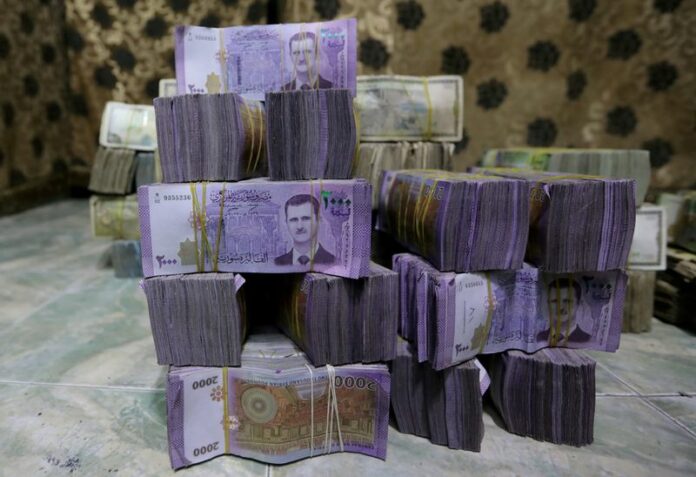 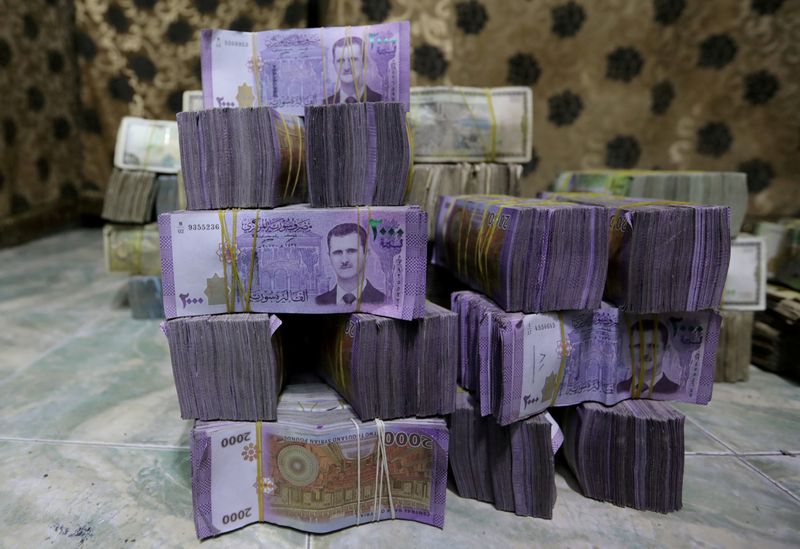 DAMASCUS (Reuters) – Syria weakened its official exchange rate to 4,522 Syrian pounds to the dollar, a central bank statement said on Monday, while black market rates used for most economic activity sat around 6,500.

The official rate was previously set at 3,015.

An economic crisis in the country has been triggered by years of conflict, Western sanctions, a currency squeeze in part due to a financial meltdown in neighbouring Lebanon and the government’s loss of its northeastern oil-producing territories.

The resulting collapse of the pound has driven up the price of goods and aggravated hardship as Syrians struggle to buy food, electricity and other basic items.

Fuel has become particularly scarce, forcing the government to further ration electricity and even shut down public buildings during weekdays.

The pound had traded at 47 to the dollar before protests against President Bashar al-Assad erupted in March 2011.