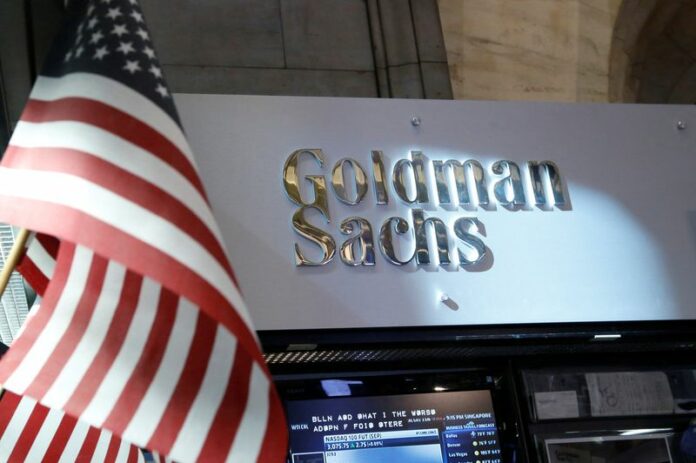 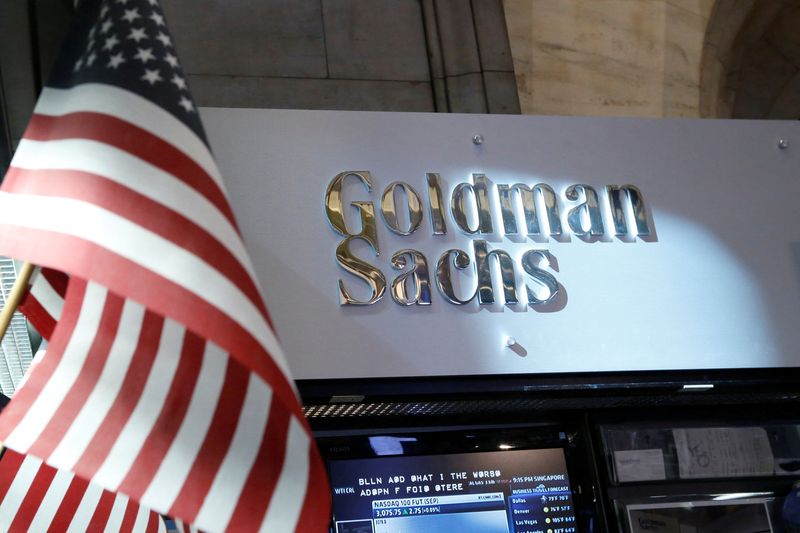 © Reuters. FILE PHOTO: A view of the Goldman Sachs stall on the floor of the New York Stock Exchange July 16, 2013. REUTERS/Brendan McDermid/File Photo

(Reuters) -Goldman Sachs Group will start cutting thousands of jobs across the firm from Wednesday, two sources familiar with the move said, as it prepares for a tough economic environment in the year ahead.

The job cuts are expected to be just over 3,000, one of the sources said, but the final number is yet to be determined.

The sources could not be named as the information was not yet public disclosure. Goldman Sachs (NYSE:GS) declined to comment.

Bloomberg News reported on Sunday that Goldman would eliminate about 3,200 positions.

Goldman had 49,100 employees at the end of the third quarter, after adding significant numbers of staff during the coronavirus pandemic.

The layoffs are likely to affect most major divisions of the banks but should centre on Goldman Sachs’ investment banking division, one of the sources said. Institutional banks have suffered a major slowdown in corporate dealmaking activity as a result of volatile global financial markets.

Hundreds of jobs are also likely to be reduced from Goldman Sachs’ loss-making consumer business after it scaled back plans for its direct-to-consumer unit Marcus, the sources said.

The bank’s chief executive David Solomon sent a year-end voice memo to staff warning of a headcount reduction in the first half of January, two separate sources said. Goldman Sachs declined comment on the memo.

The job cuts come ahead of the bank’s annual bonus payments which are usually delivered later in January and are expected to be down about 40%.

The bank restarted its annual job cutting program in September which had been put on hold for two years during the pandemic.

The Wall Street giant typically trims about 1% to 5% of its staff each year. These new cuts come on top of those layoffs.

Investment banking fees nearly halved in 2022, with $77 billion earned globally by the banks, down from $132.3 billion one year earlier, Dealogic data showed.

The total value of mergers and acquisitions globally had slumped 37% to $3.66 trillion by Dec. 20, according to Dealogic data, after hitting an all-time high of $5.9 trillion last year.

Banks had executed $517 billion worth of equity capital markets (ECM) transactions by late December 2022, the lowest level since the early 2000s and a 66% drop from 2021’s deal bonanza, according to Dealogic data.