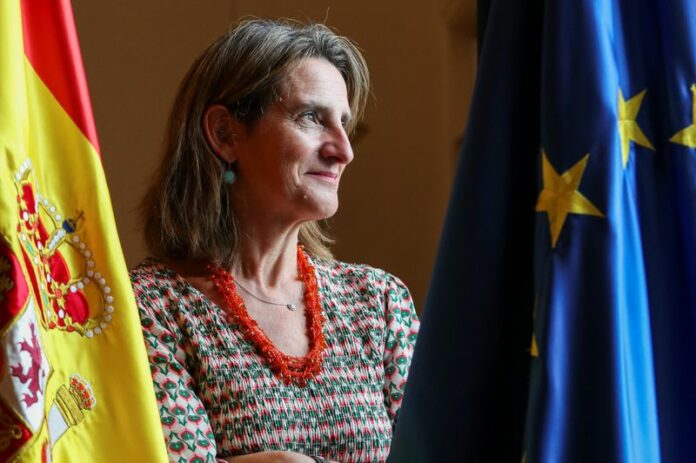 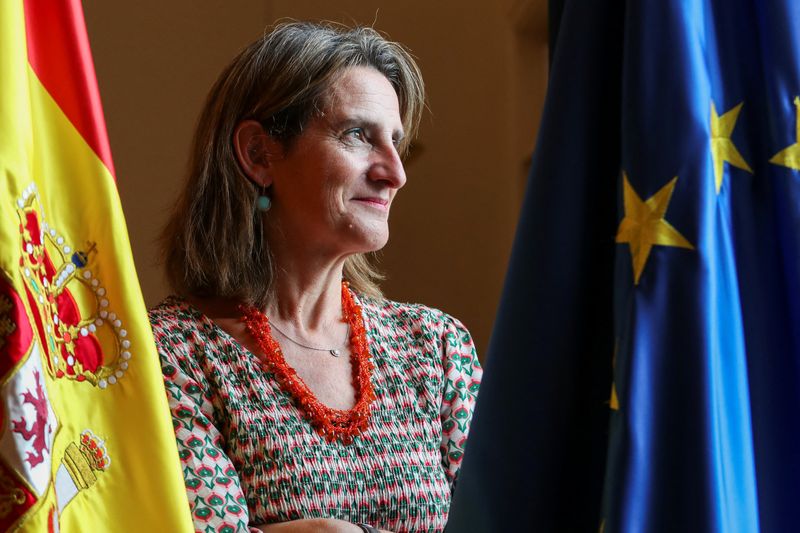 © Reuters. FILE PHOTO: Spain’s Minister of Energy Teresa Ribera poses for a portrait after an interview with Reuters at the ministry headquarters in Madrid, Spain, October 7, 2022. REUTERS/Violeta Santos Moura

MADRID (Reuters) – Spain will seek European Union permission to extend its temporary cap on reference prices for natural gas and coal used by power plants until at least the end of 2024, Energy Minister Teresa Ribera said on Monday.

The so-called Iberian mechanism, in place in Spain and Portugal after the two countries reached a deal with the European Commission in the spring of 2022, is a joint scheme through which fossil fuel plants’ power costs are subsidised in a bid to bring down soaring electricity prices.

“We intend to ask for the Iberian mechanism to be maintained for the duration of the energy crisis or until the electricity market is reformed and European regulation is updated,” Ribera said in an interview with TV station Antena3.

“We would like the gas cap to stay within the lower end of the range, about 45 or 50 euros per megawatt hour, extending it at least until the end of 2024,” she added.

The system is currently set to expire on May 31.

She added that mild temperatures in autumn and early winter had helped lower prices and support gas storage levels across Europe.

Electricity prices in Spain have fallen steadily since they peaked in August, partly due to higher wind energy production.

For a few days in October, the gas cap did not apply as prices were below the 40 euros ($42.70) per MWh mechanism trigger price.