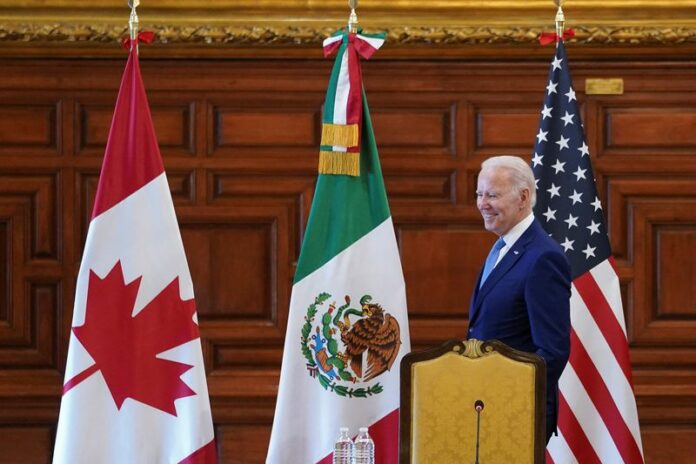 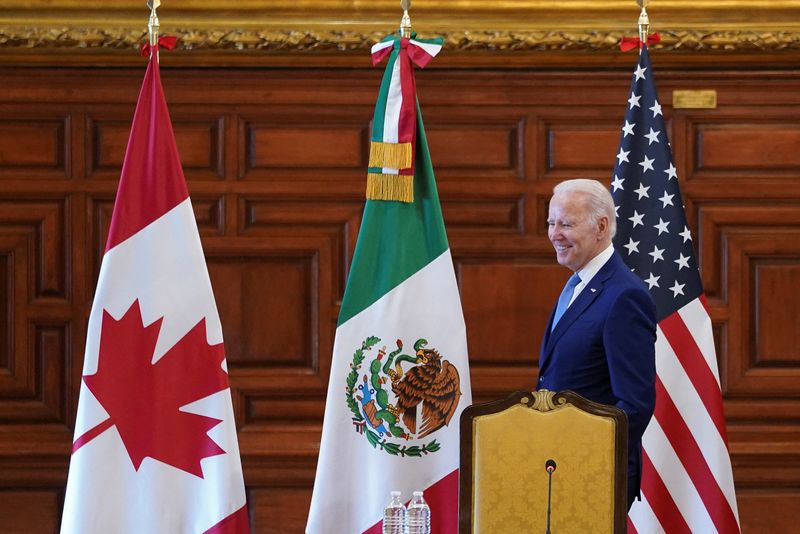 (Reuters) – U.S. President Joe Biden will be in Canada in March in his first visit to one of the United State’s top trading partners since taking office almost two years ago.

Biden told Canadian Prime Minister Justin Trudeau about his travel plans in a bilateral meeting at the North American leaders’ summit in Mexico City on Tuesday, according to statements from the White House and Trudeau’s office.

The United States is by far Canada’s biggest trade partner, recording over C$1 trillion ($745.1 billion) in bilateral trade in goods and services in 2021.

Biden’s victory in the 2020 U.S. presidential election was celebrated in Ottawa and seen as an end to oft-turbulent relations between the two countries under former President Donald Trump.

The NATO allies have collaborated on security and defense, environmental goals, as well as supply chain disruptions. They’ve also coordinated their rebuke of Russia’s invasion of Ukraine through sanctions and support for Kyiv.

“I’m optimistic about the future and the near term … it’s going to be hard, but there’s a lot we can do together,” Biden said, before closing the door on reporters for his meeting with Trudeau.

Canada does have some issues with Biden, who canceled a key oil pipeline from Canada to the United States on his first day in office. Washington and Ottawa also have clashed over rules governing lumber, dairy and autos under the United States–Mexico–Canada Agreement trade pact.

The two countries were also at odds over legislation proposed the by the Biden administration that would have favoured American electric vehicle makers over Canadian manufacturers.

That provision was eventually knocked out from the bill after heavy lobbying by Ottawa and during negotiations in the U.S. Congress before the law was passed last year.