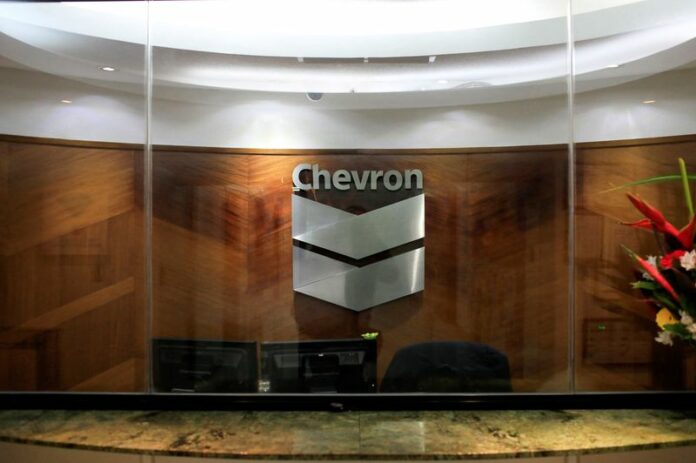 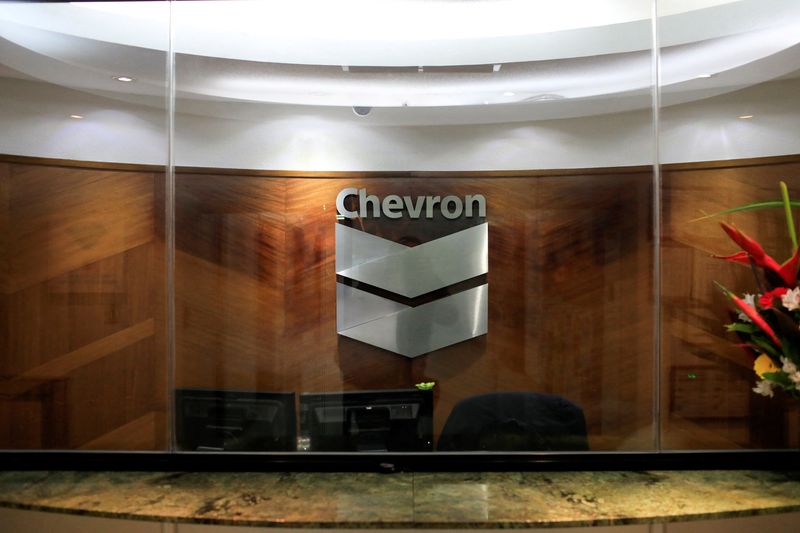 © Reuters. FILE PHOTO: The logo of Chevron is seen at the company’s office in Caracas, Venezuela April 25, 2018. REUTERS/Marco Bello/File Photo

HOUSTON (Reuters) -Chevron Corp’s first cargo of Venezuelan crude under a U.S. license received in November has departed from a ship-to-ship transfer hub near Aruba to its Pascagoula, Mississippi refinery, according to shipping data seen by Reuters on Tuesday.

Chevron (NYSE:CVX) received authorization last year from the U.S. Treasury Department to revive oil output and expand operations in Venezuela as part of Washington’s efforts to encourage political dialogue towards a presidential election in the South American nation.

Chevron’s tanker Caribbean Voyager this week transferred the 500,000-barrel cargo of Hamaca heavy crude it had loaded in Venezuela to Malta-flagged vessel Sealeo at a ship-to-ship hub near the Caribbean island of Aruba, Refinitiv Eikon tanker monitoring data showed.

The Sealeo is scheduled to arrive in Chevron’s Pascagoula refinery on Jan. 15, according to the Eikon data.

A separate Venezuelan crude cargo chartered by Chevron on tanker Kerala was on Tuesday at Maracaibo Lake’s navigation channel, where lack of dredging and a stranded vessel are creating limitations for ship transit.

Chevron confirmed shipping activities in Venezuela commenced this month and said the company is focused on “operating safely and reliably” after restarting operations at its affiliated joint ventures in December.

“We continue to conduct our business in compliance with all laws and regulations where we operate, as well as the sanctions framework provided by the U.S. Office of Foreign Assets Control,” it added in a release to Reuters.