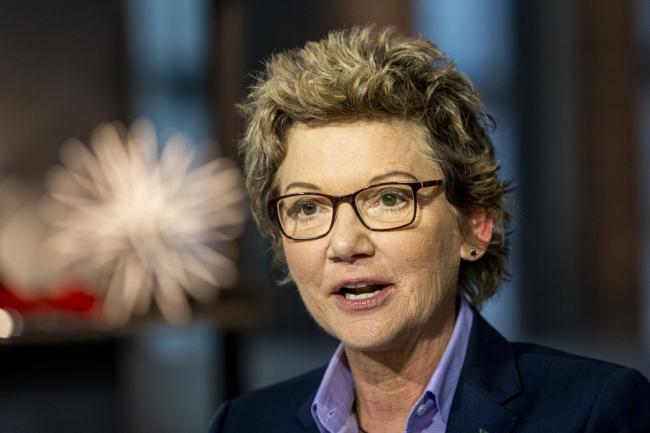 Daly Sees Fed Raising Rates Above 5%, But How Far Is Unclear

(Bloomberg) — Federal Reserve Bank of San Francisco President Mary Daly said she expects the central bank to raise interest rates to somewhere above 5% before pausing, though the ultimate level is unclear and will depend on incoming data on inflation.

As for the Fed’s next meeting at the end of the month, the central bank could either raise rates by 50 basis points for a second straight time or slow down to a quarter-point hike, Daly said Monday in a live-streamed interview with the Wall Street Journal.

“Doing it in more gradual steps does give you the ability to respond to incoming information,” said Daly, who doesn’t vote on rates this year. She stressed that it’s too early to “declare victory” over persistent inflation.

The Fed slowed down its rate-hike pace at its December meeting while emphasizing that additional tightening is coming and that borrowing costs will likely remain at high levels for some time in order to bring inflation down to the central bank’s 2% target.

Daly last month said she sees rates remaining restrictive for longer than seen by markets, which have cuts priced in for this year. She said holding the federal funds rate at its peak for 11 months is a “reasonable starting point.”

Fed officials meet on Jan. 31 and Feb. 1 and are expected to deliver either another 50-basis point rate hike or further slow the pace to a quarter percentage point, though traders see the latter as more likely. A report Friday showed hiring in the US labor market remained robust in December while wage gains cooled.