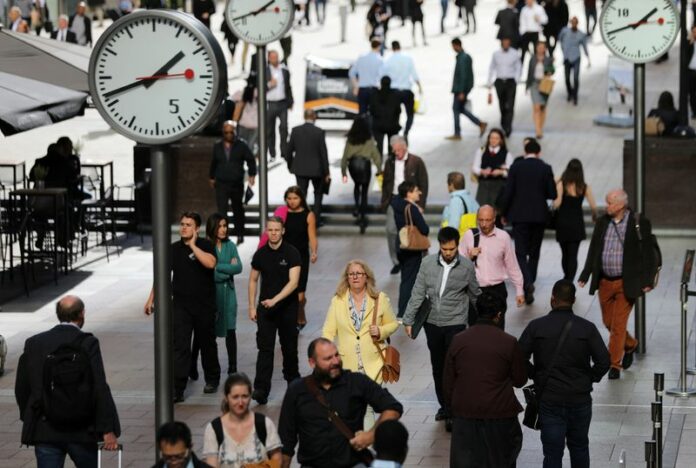 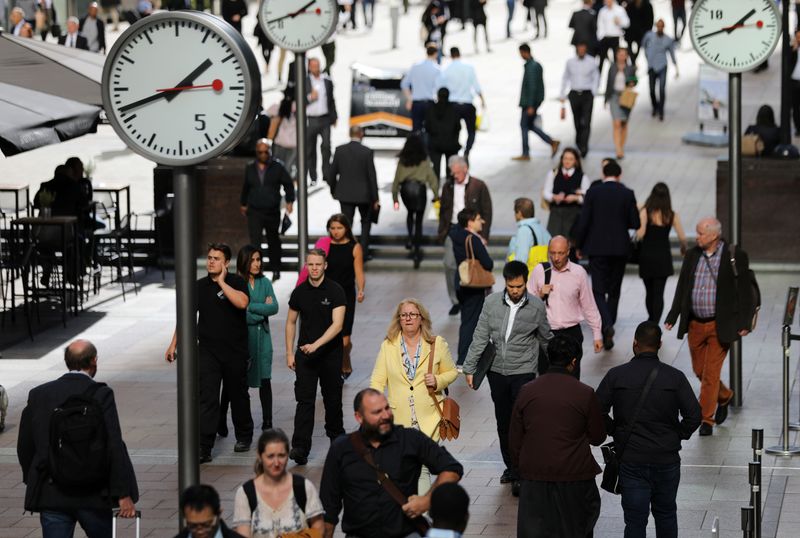 LONDON (Reuters) – Britain’s labour market cooled further in December, according to a survey of recruiters published on Tuesday that may ease some of the Bank of England’s concerns about the risks of longer-term inflation pressure.

The monthly index of vacancies, compiled by the Recruitment and Employment Confederation trade body and accountants KPMG, fell last month to 53.0, its lowest since February 2021 and down from 54.1 in November.

The survey, watched closely by the BoE, also showed an easing in wage pressures.

Starting salaries for permanent staff and pay rates for temporary workers grew at the slowest rate since April 2021, similar to their average level in the couple of years prior to the COVID-19 pandemic.

“A slowdown in permanent placements is not unusual in December, but this one comes as part of a wider softening trend in the permanent market,” said REC chief executive Neil Carberry.

“Recruiters tell us that this was enhanced by firms pushing hiring activity back into January in the face of high inflation and economic uncertainty.”

Britain’s economy looks set to contract in 2023, according to most economists polled by Reuters, and business surveys show cooling price pressures.

But the BoE is worried that double-digit inflation will become engrained in the public psychology and it is likely to raise interest rates again next month.

The central bank’s chief economist, Huw Pill, said on Monday that there was a risk that domestically generated inflation would achieve its own self-sustaining momentum.

The REC survey showed placements of permanent staff contracted at the fastest rate since January 2021.

“The overall picture is still of a robust labour market, although contraction in sectors such as construction is a particular concern given its significance to the health of the economy,” Carberry said.