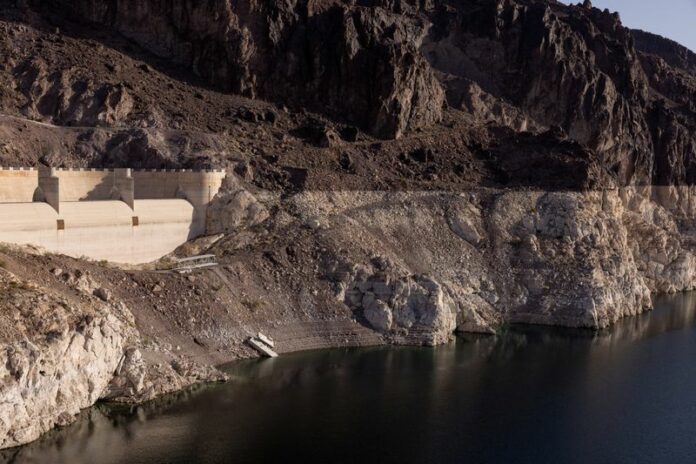 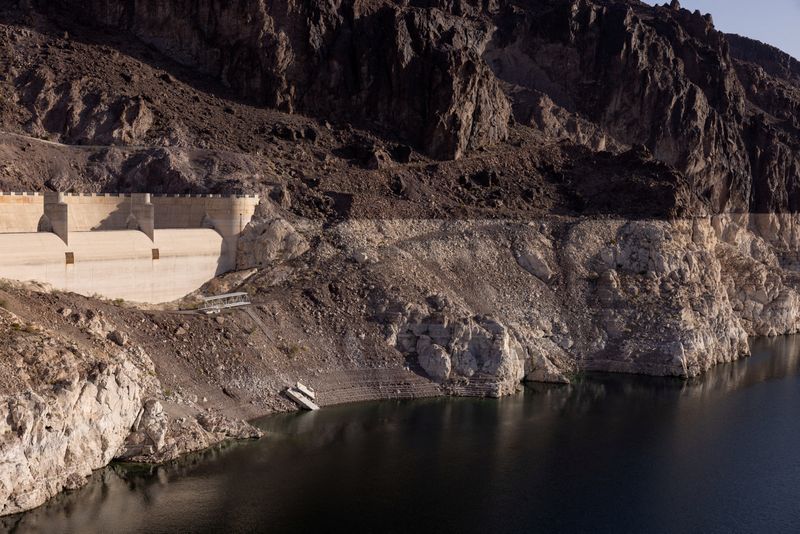 © Reuters. FILE PHOTO: A dry spillway at Hoover Dam, and stairs ending on a cliff are seen next to the growing ring around Lake Mead, where water levels have declined dramatically to lows not seen since the reservoir was filled after the construction of Hoover Dam,

SHANGHAI (Reuters) – Nearly 50,000 large dams worldwide could lose more than a quarter of their storage capacity by 2050 as a result of sedimentation build-ups, eroding global water and energy security, according to United Nations research on Wednesday.

Dam capacity is expected to drop from 6 trillion cubic metres (cu m) to 4.655 trillion cu m by 2050, and action must be taken to address the problem and protect vital storage infrastructure, the United Nations University said.

Silt accumulates in reservoirs as a result of the disruption of natural water flows. It can cause damage to hydroelectric turbines and cut power generation.

Critics have long warned that the long-term social and environmental costs of giant dams far outweigh their benefits.

Vladimir Smakhtin, director of the UN University’s Institute for Water, Environment and Health and one of the study’s authors, said dam building worldwide had already declined significantly, with around 50 a year now being built, compared to 1,000 in the middle of the last century.

“I would argue that the question we should now be asking is what are the alternatives to dams – including in generating power – considering that they are being phased out,” he said.

China continues to dam major rivers, with hydropower a key part of its plans to cut fossil fuel use and control greenhouse gas emissions, but projects like the Three Gorges – the world’s biggest hydroelectric facility – have been socially and environmentally disruptive.

Dams built by China on the Mekong river have also disrupted the flow of sediment into downstream countries, transforming the landscape and jeopardising the livelihoods of millions of farmers, according to Reuters research last year.