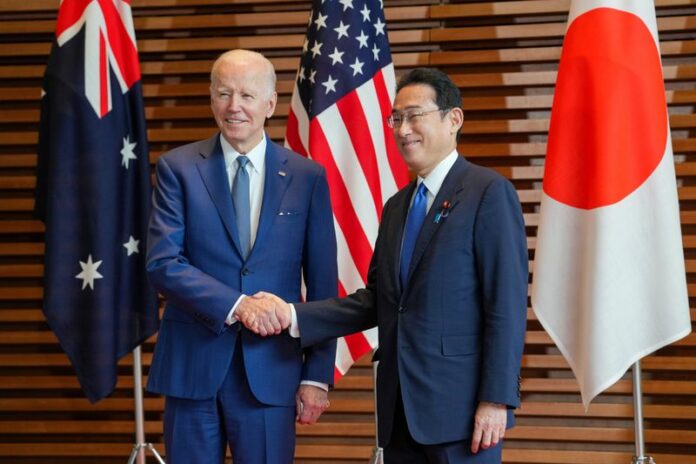 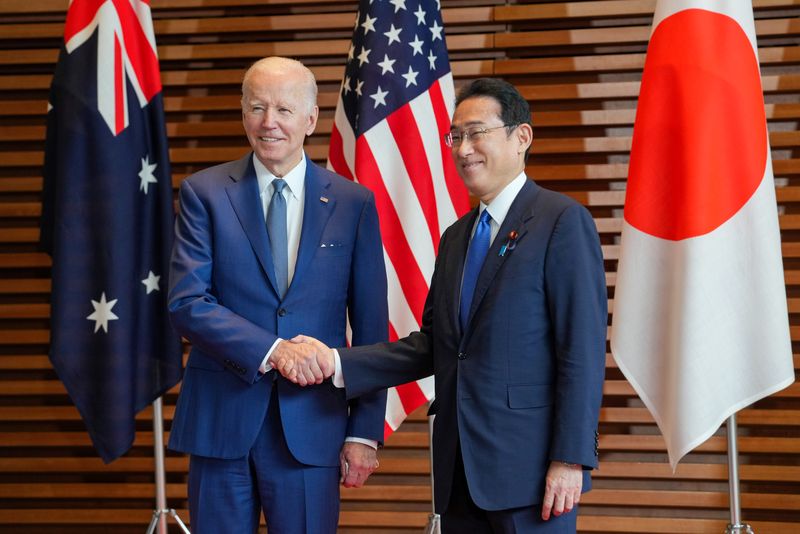 By David Brunnstrom and Steve Holland

The talks between the close allies are likely to include control of semiconductor exports to their strategic rival China after the United States announced strict curbs last year, the official said.

Washington is working closely with Japan on the issue and believes they share a similar vision even if their legal structures are different, the official said, adding that the more countries and significant players that backed the controls the more effective they would be.

“There will be discussion about technology and about the importance of both preserving our own advantages and making sure that we are applying appropriate controls and safeguards to do that,” the official said.

Kishida has said he backs Biden’s attempt to limit China’s access to advanced semiconductors with export restrictions. Still, he has not agreed to match sweeping curbs on exports of chip-manufacturing equipment that the U.S. administration imposed in October.

Asked if the two sides saw eye to eye on the issue, the U.S. official said:

“We’re working very effectively with them. I think there’s a very, very similar vision of the challenges. Obviously, you have different systems, different legal structures, so it’s hard to say that it will be exactly the same, but I don’t think the Japanese question the basic premise that we need to be working closely together on this.”

“What’s really remarkable is that 10 years ago this would have been pretty much unimaginable,” he said.

The official, who spoke ahead of a meeting of U.S. foreign and defense ministers on Wednesday, also said Article 5 of the U.S.-Japan security treaty will be expanded to cover space.

“Essentially what we are saying is we will be announcing that our security guarantees apply in space as well,” he said.

On Japan’s neighbor North Korea, the official said the nuclear-armed country’s decision to exponentially increase its nuclear force, codify their right to first strike and harsh rhetoric had “clearly changed the strategic reality” and made the prospect of a North Korean nuclear test now “much more destabilizing.”

He said the U.S. view remained the same, that a test, which would be the first since 2017, could come at any time.

The official said the United States had concerns about enforcement of sanctions against North Korea by Russia and China and that Washington would like to see stronger enforcement. “The reality is the North Koreans are choosing to prioritize their missile program over a lot of other things,” he said.