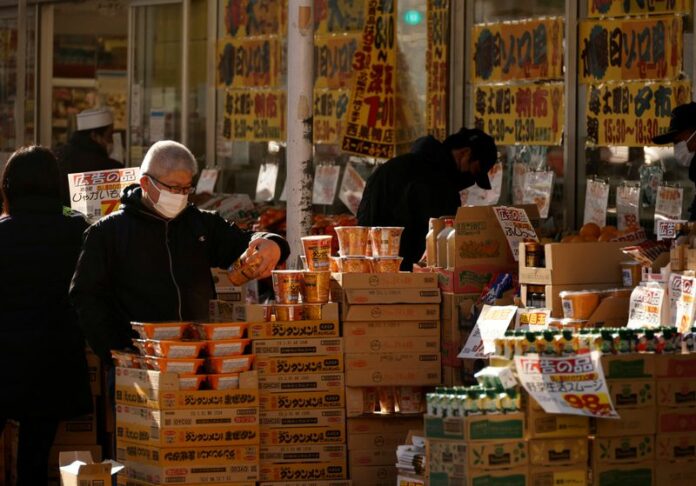 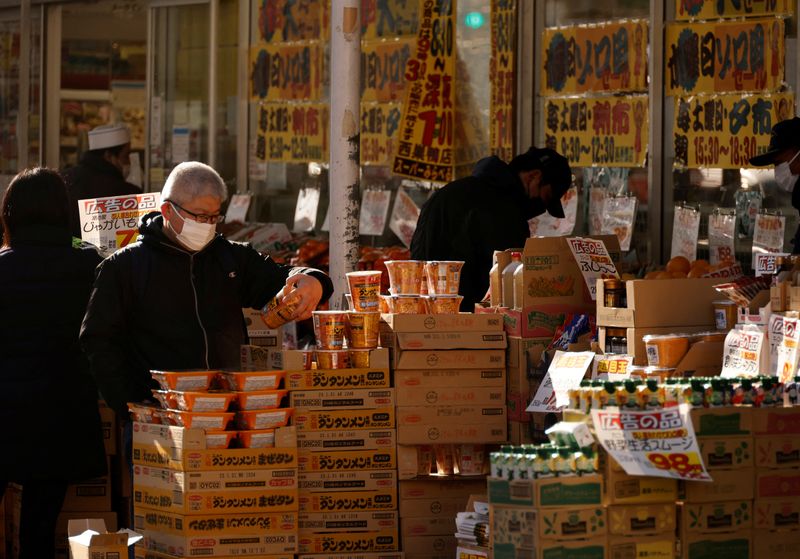 TOKYO (Reuters) – The Bank of Japan (BOJ) will likely raise its inflation forecasts next week and debate whether further steps are needed to address market distortions it sought to fix with December’s surprise tweak to its yield control policy, sources say.

The BOJ’s decision last month to widen the band around its 10-year yield target has failed to remove market distortions caused by its huge bond buying, leaving traders guessing whether more steps could come as early as its Jan. 17-18 rate review.

While the distortions could be among topics of debate at the Jan. 17-18 meeting, many BOJ officials prefer to spend more time scrutinising the effect of December’s decision, said five sources familiar with the bank’s thinking.

Keen to wait for more clarity on whether wage hikes will broaden, the central bank is also seen holding off on making big tweaks to yield curve control (YCC), such as abandoning negative interest rates, the sources said.

“Japan has yet to see inflation stably and sustainably achieve the bank’s 2% target,” one of the sources said.

“The key will be the outcome of spring wage negotiations, and whether wage hikes will continue as a trend,” another source said on when the BOJ could move further towards phasing out YCC.

At next week’s meeting, the BOJ is widely expected to leave unchanged its YCC targets, set at -0.1% for short-term interest rates and around 0% for the 10-year bond yield.

The BOJ last month stunned markets by widening the band it sets around the 10-year yield target, a move it described as aimed at mitigating the rising cost of prolonged easing.

Under the newly set band, it now allows the 10-year yield to rise to as much as 0.5%, a level which markets are currently testing now. Many market players saw December’s decision as a prelude to a near-term interest rate hike, a view Governor Haruhiko Kuroda has dismissed.

In fresh quarterly forecasts due out after the meeting, the central bank is likely to upgrade its inflation forecasts in a sign of its growing conviction that conditions could gradually fall in place to dial back stimulus, sources have told Reuters.

With quickening inflation putting upward pressure on long-term interest rates, some analysts bet the BOJ could further widen the band and allow the 10-year yield to rise by up to 0.75%.

The yen jumped and the 20-year Japanese government bond (JGB) yield rose to an eight-year high of 1.400% on Thursday after Japan’s Yomiuri newspaper reported the BOJ may take additional steps next week to address the side-effects of monetary easing.

But many BOJ officials are cautious of widening the band out of concern that doing that so would be interpreted as a sign the central bank is losing its control over the yield curve, and cast doubt on the feasibility of YCC, the sources said.

Some economists, however, already foresee an end to YCC as dovish Governor Haruhiko Kuroda’s term draws to an end in April.

“The BOJ will probably project inflation hitting 2% in fiscal 2023 at next week’s meeting, so that it can justify tweaking YCC as early as in April,” said Yasuhide Yajima, chief economist at NLI Research Institute.

“Instead of widening the band again, the BOJ could abandon the 10-year yield target later this year, and commit to buy bonds flexibly to avert any abrupt spike in borrowing costs.”