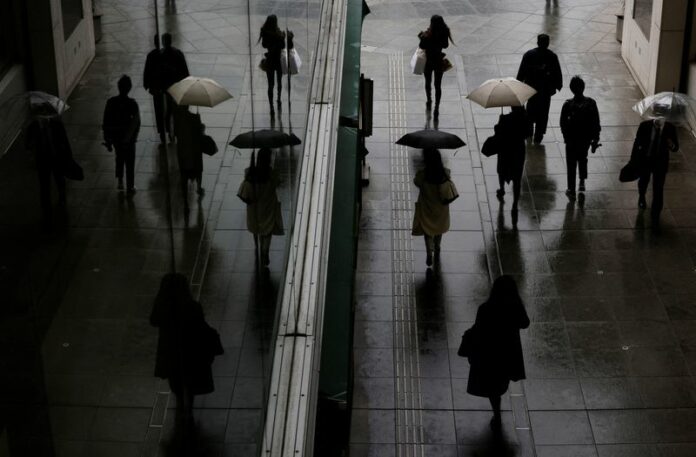 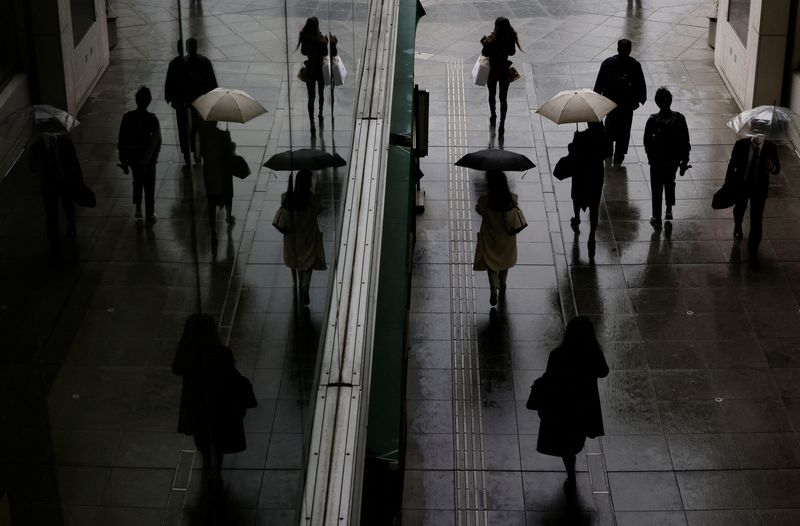 © Reuters. Pedestrians are reflected on a wall of a shopping mall in Tokyo, Japan November 15, 2022. REUTERS/Kim Kyung-Hoon

TOKYO (Reuters) -The Bank of Japan on Thursday offered a more optimistic view on the country’s economic health and pointed to growing number of firms planning wage increases, underscoring its conviction that Japan is on track to achieve its 2% inflation target.

In the quarterly report, the BOJ raised its economic assessment for four of the country’s nine regions. It maintained its assessment for the remaining five.

“Many regions saw their economies pick up, or pick up moderately,” it said.

“But there were many cases where companies were increasing winter bonus payments, or plan to hike wages” to cope with a tight labour market and compensate employees for the rising cost of living, it said.

The report will be among factors the BOJ’s board will scrutinise in compiling fresh quarterly growth and inflation forecasts at a policy meeting on Jan. 17-18.

Sources have told Reuters the BOJ will most likely raise its inflation forecasts next week, in a sign of its growing conviction that conditions could gradually fall into place to dial back its massive stimulus.

Japan’s core consumer prices rose 3.7% in November from a year earlier, marking a 40-year high and exceeding the BOJ’s 2% target for eight straight months, as companies continued to pass on rising raw material costs to households.

BOJ Governor Haruhiko Kuroda has said wage growth must accompany rising prices for inflation to sustainably hit its 2% target, and allow the central bank to phase out stimulus.

“We raised the base salary last autumn and may further raise wages this year in light of recent price rises, and improvements in our earnings,” the report quoted a supermarket in Yokohama, a city south of Tokyo, as saying.

“Duty-free sales have returned to 70% the level seen before the coronavirus pandemic. If this trend continues, it will underpin not just the Kansai region but entire Japanese economy,” he told a news conference.

Analysts expect a delayed rebound in consumption from the COVID-19 pandemic to underpin Japan’s recovery ahead, though the rising cost of living and China’s slowdown cloud the outlook.