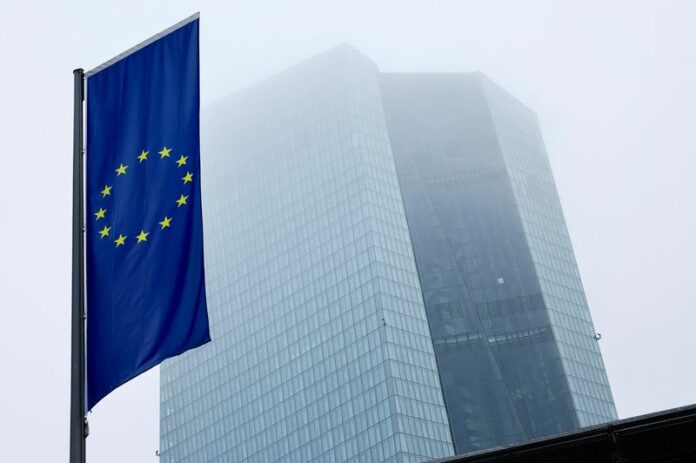 © Reuters. FILE PHOTO: The building of the European Central Bank (ECB) is seen amid a fog before the monthly news conference following the ECB’s monetary policy meeting in Frankfurt, Germany December 15, 2022. REUTERS/Wolfgang Rattay

The ECB has raised rates by a combined 2.5 percentage points since July and promised “a steady pace” of hikes over the coming months but some policymakers have started to argue that a peak in interest rates may be near given a looming recession.

“Policy rates will still have to rise significantly,” Rehn, who sits on the ECB’s rate-setting Governing Council, told a webinar with the Peterson Institute for International Economics. “This means significant rate hikes at this winter’s remaining meetings.”

Most central banks, with the notable exception of the Bank of Japan, have been raising rates quickly to fight off a historic surge in inflation and the ECB has been criticised for moving too late.

While most policymakers reject this argument saying it took time to dismantle a decade of stimulus, Rehn said some of the criticism may be fair.

“With the benefit of hindsight, there may be some truth in this argument, at least from the standpoint that we could thus have created more policy space to react if the euro zone economy falls into recession,” Rehn said.

The 20-nation euro zone is expected to suffer a recession over the winter months but the economy appears more resilient than feared, so the downturn may be shorter and shallower than forecast.