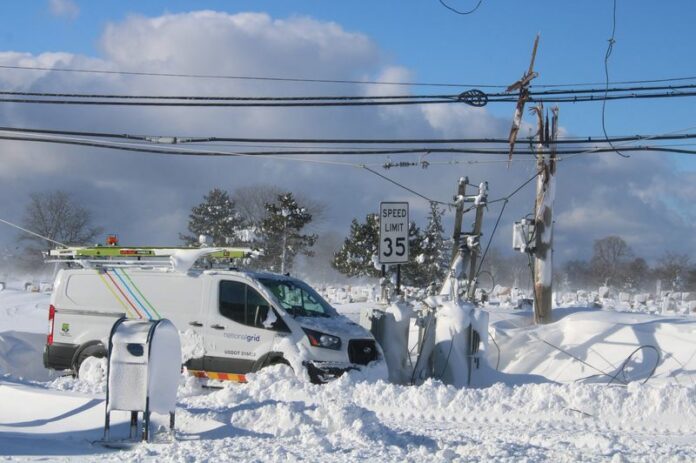 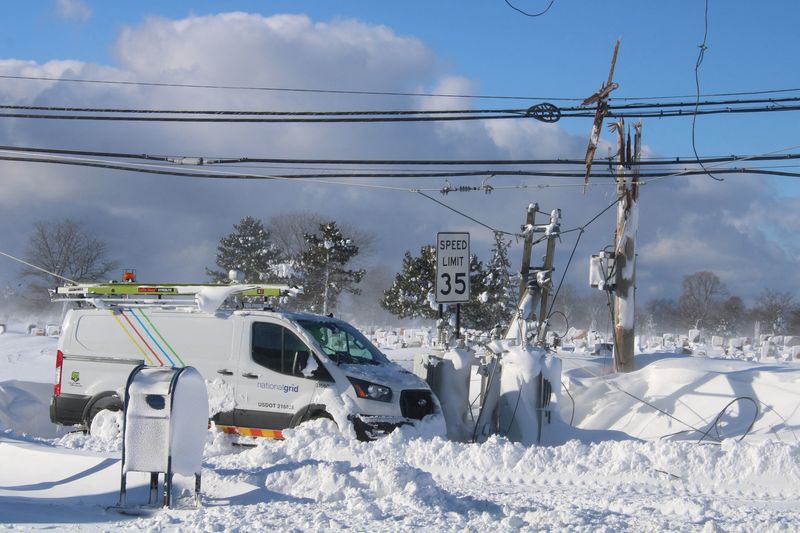 © Reuters. FILE PHOTO: A vehicle from the National Grid is seen near the downed wires of an electric power pole, following a winter storm that struck the region, in Buffalo, New York, U.S December 25, 2022, in this picture obtained by Reuters from social media on De

Generators that were unable to deliver increased electricity during three peak demand days in late December could face about $2 billion in penalties, stakeholders and analysts said.

Grid operator PJM Interconnection oversees supply in a 13-state region, managing and paying on-call generators to keep power systems running. When generators fail to meet supply, they may be required to pay the grid operator for replacement power.

PJM officials said on Thursday that more than 90% of the generators that fell short gave less than an hour’s notice during winter Storm Elliott. PJM acknowledged it underestimated demand by about 10%.

About 70% of the units that were short were natural gas-fired generators that suffered pipeline fuel losses from the Marcellus-Utica shale region, said Brian Fitzpatrick, a fuel supply analyst at PJM.

“There just was not enough upstream supply to match the demand,” Fitzpatrick said.

The operator serves a territory that spans New Jersey to Illinois and Washington, D.C. It plans to release in April a report on its investigation.

The Federal Energy Regulatory Commission and North American Electric Reliability Corp., the main power system regulators, have launched a broader investigation into problems with the operations of the bulk-power system during the freeze.

Grid operators in New England, which suffered among the worst power outages of any major region during the cold blast, also blamed on-call generators for failure to meet demand, leading to $39 million in fines.

PJM’s supply shortages could trickle down to ratepayers, research firm ClearView Energy Partners said in a note. It has called into question the functionality of markets.

“We think that significant upward bill impacts – should they materialize – could further fuel the ongoing debate as to whether PJM’s capacity market is working as intended,” ClearView Energy Partners said.