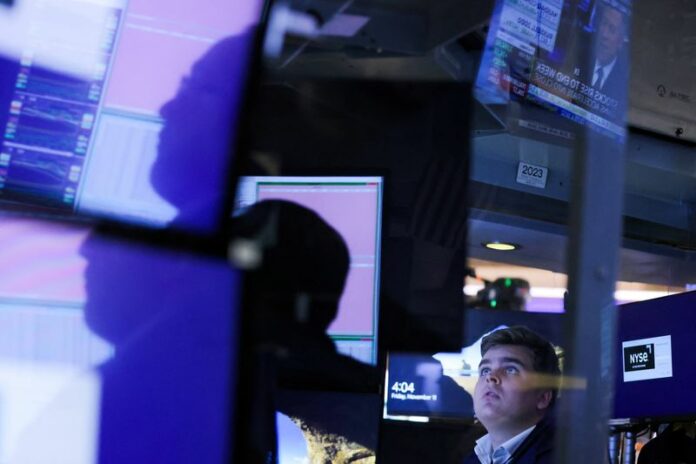 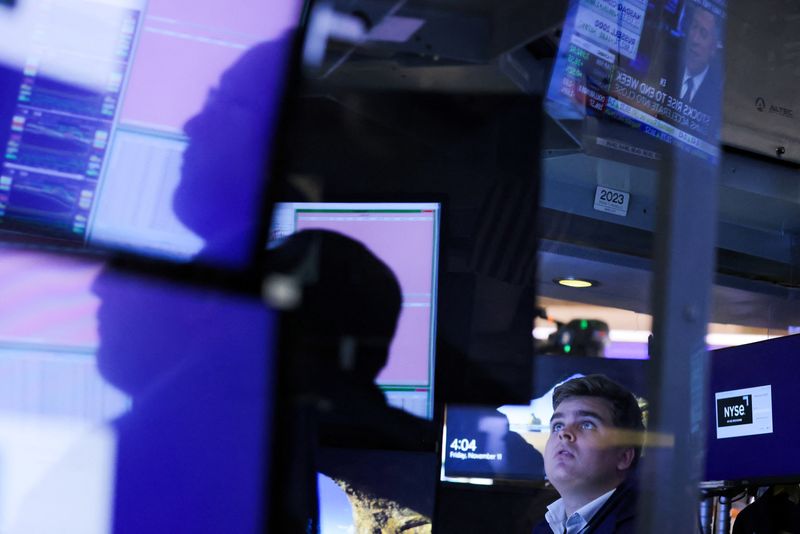 NEW YORK (Reuters) – Investors are increasing their exposure to U.S. corporate bonds as they take advantage of a surge in supply, but some say conflicting opinions about the economy are creating both long and short trading opportunities.

The belief that the Federal Reserve may be nearing the end of its aggressive interest rate hikes has injected new life into corporate bonds, with credit spreads on both the investment-grade and junk-rated asset class tightening after widening sharply last year. Spreads indicate the premium investors demand to hold corporate bonds rather than safer government debt.

That has encouraged a rush of bond issuance, for now mostly in the investment-grade primary market, and investor appetite for those new issues. However, some investors expect credit spreads may widen again to reflect a recession potentially ahead. And that is also providing an opportunity for those looking to build short positions as companies’ ability to pay their debts may deteriorate.

“Today, credit-picking is much more interesting, both on the long and on the short side,” he said.

Hedge funds and some asset managers short credit, meaning they are betting on a fall in a bond’s price, by buying products like credit default swaps (CDS), which rise in value if the risk of a credit default event increases. They could also sell a different maturity of liquid on-the-run bonds of the company whose new bonds they were buying, one banker said.

King Street grew its cash levels last year, but now it’s putting cash to work by going short and long on credit, Goldschmid said. As companies’ fundamentals deteriorate in the coming months, he expects to reduce shorts that were profitable and get longer.

Primary markets indicate there is no lack of demand for corporate bonds. In the first week of 2023, total U.S. investment grade corporate issuance, including sovereign, supranational and agencies, amounted to around $97 billion, the highest amount issued in the first week of the year since at least 2019, according to Informa Global Markets.

Six new junk bonds have been sold for $4.725 billion so far this month, compared to just three for $2.12 billion in the whole of December, according to Informa data, reflecting the reopening of a junk bond primary market that saw declining new issue volumes towards the end of 2022.

Issuers took advantage of a reduction in both investment-grade and junk-bond yields and a rush of investor flows into funds and exchange-traded funds at the start of the year.

The improvement in primary bond markets, however, remains mired in uncertainty about the potential pace and intensity of the Fed’s rate hikes this year.

“Issuers entered primary markets with a splash, setting up for a big supply month as issuers take advantage of valuations that do not appear to reflect the risks on the horizon,” Barclays (LON:BARC) strategists said in a note. They expect credit spreads to widen in the first half of this year.

Money markets expect the U.S. central bank to start cutting rates towards the end of the year, betting on a sharp economic slowdown and a decline in inflation. Fed officials, however, forecast interest rates to remain high for the whole of this year, with the central bank’s target policy rate remaining just over 5% until the end of 2023.

“Opportunity in credit is better now … because in recessionary environments we expect to see more dispersion in terms of performance of debt and debt-linked instruments across companies’ capital structure,” said Danielle Pizzo, chief strategy officer at hedge fund Schonfeld Strategic Advisors, which manages $14.5 billion. She said credit is an area of growth for the fund.

Matthew Smith, a portfolio manager at British investment firm Ruffer, said he had maintained his short position on credit through CDS, and that, while yields looked attractive, higher-for-longer interest rates could push investors to seek safer assets than corporate bonds this year, draining liquidity from those instruments.

“It’s hard to argue with the kind of headline yields we’re seeing on investment grade credit, but I think if you risk- adjust the liquidity environment that we’re likely to have to go through before the Fed pivots, it won’t be friendly,” he said.