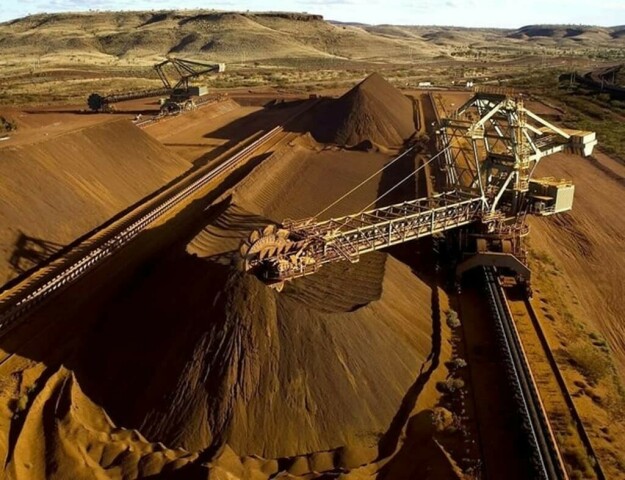 China’s imports of iron ore fell 8.1% in December from the previous month, customs data showed on Friday, with the surge in COVID-19 cases in the country likely delaying discharging of cargoes.

The fall confounded expectations of a rise. Shipments to the country, the world’s top consumer of iron ore, had been stable in November, and expectations that China would soon relax its strict COVID-19 policy had supported demand.

“Given stable iron ore shipments from mainstream and non-mainstream suppliers in Nov/Dec and correspondingly steady arrivals in Chinese waters through December, it’s plausible that the COVID tsunami sweeping the country may have temporarily slowed the efficient discharge and customs clearance of cargoes at Chinese ports,” said Atilla Widnell, managing director of Navigate Commodities.

There was also little movement in Chinese iron ore portside inventories in the same period, he added.

Imports of the steelmaking ingredient were, however, higher than the 86.07 million tonnes of December 2021.

Iron ore shipments in December and January so far have also been “aggressive”, said Widnell, pointing to a significant rebound in Chinese imports for January customs data.

“China’s reopening and ‘whatever it takes’ approach to the property sector … should underpin an acceleration in commodity demand through 2023,” Barclays analysts said on Thursday, as they upgraded Rio Tinto to equal weight from underweight and took a more bullish outlook on iron ore.

China imports most of its iron ore from Australia and Brazil.