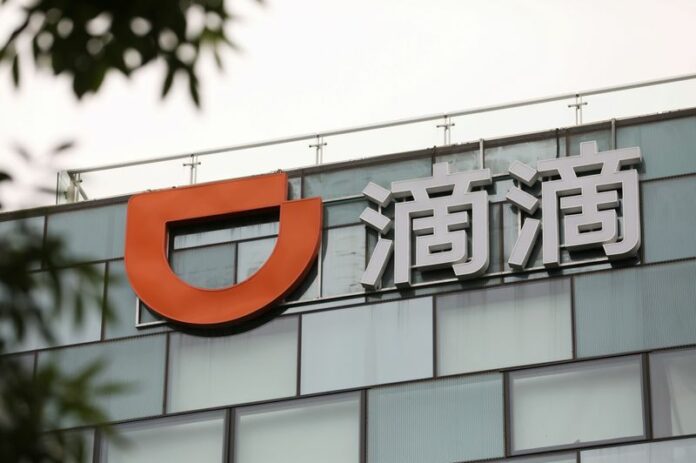 Exclusive-China to allow Didi apps back online, in latest sign of regulatory thaw-sources 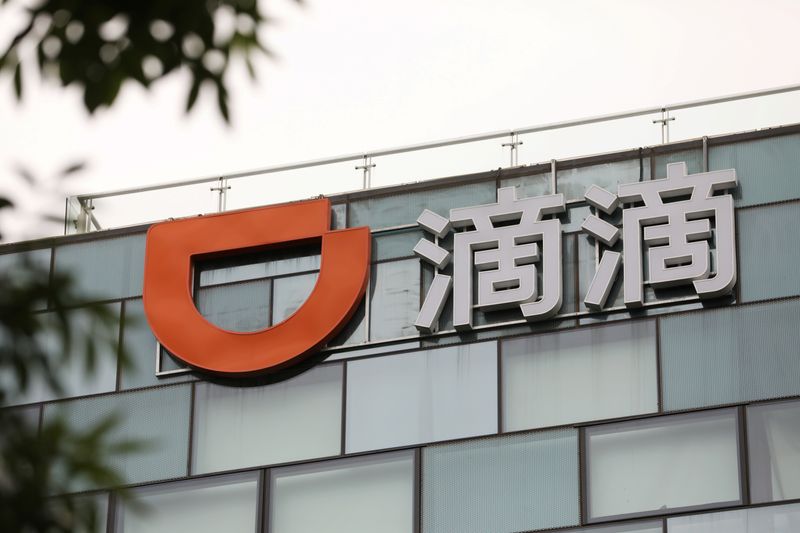 © Reuters. A sign of Chinese ride-hailing service Didi is seen on its headquarters in Beijing, China July 5, 2021. REUTERS/Tingshu Wang

(Reuters) -Chinese authorities are set to allow Didi Global’s ride-hailing and other apps back on domestic app stores as soon as next week, five sources told Reuters, in yet another signal that their two-year regulatory crackdown on the technology sector is ending.

Didi has been awaiting authorities’ approval to resume new user registrations and downloads of its 25 banned apps in China as a key step to resume normal business since its regulatory troubles started in mid-2021.

The lifting of the new user ban and app resumption for its flagship ride-hailing services and other business could take place before the Lunar New Year which begins on Jan. 22, said four of the sources.

The one-week-long holiday period in China would help Didi start to attract new clients for the business and work towards bringing it back to normal, added two of the sources.

A lifting of the ban on Didi apps would come as Chinese policymakers seek to restore private sector confidence and count on the technology industry to help spur economic activity that has been ravaged by the COVID-19 pandemic.

China’s central bank will step up support for private firms as part of steps to shore up the economy, while easing a crackdown on tech companies, Guo Shuqing, Communist party chief of the People’s Bank of China, told state-owned CCTV on Sunday.

A restoration of apps would also signal Didi’s completion of its one year and a half-long regulatory-driven revamp, and will come after the powerful cyber watchdog Cyberspace Administration of China (CAC) imposed in July a $1.2 billion fine on the company.

Didi already last year paid the fine, the largest regulatory penalty imposed on a Chinese tech firm since Alibaba (NYSE:BABA) Group and Meituan were fined $2.75 billion and $527 million, respectively, in 2021 by the antitrust regulator State Administration for Market Regulation, said two of the sources.

Didi did not immediately respond to a Reuters request for comment.

CAC and the State Council Information Office, which handles media queries for the government, did not immediately respond to Reuters requests for comment.

The penalty on Didi was part of Beijing’s sweeping and unprecedented crackdown on the country’s technology titans over the past two years that has sliced hundreds of billions of dollars off their values and shrunk revenues and profits.

Chinese regulators, led by the CAC, have in recent weeks restarted to push forward with Didi’s app resumption approval process, said two of the sources and another source with knowledge of the matter.

The regulators, which last week submitted a report on the matter to the top party leaders, look to formally get the latter’s nod in the next few days, two of them added.

Didi, launched in Beijing in 2012 and backed by prominent investors including Alibaba, Tencent and SoftBank Group, ran afoul of the CAC when in 2021 it pressed ahead with its U.S. stock listing against the regulator’s will, sources previously told Reuters.

That move triggered regulatory woes for Didi, with its 25 mobile apps ordered to be taken down from app stores, registration of new users suspended, and it getting slapped with the fine over data-security breaches.

Didi was also forced to end its 11-month-long journey as a New York Stock Exchange-traded company in June last year, turning it from a poster child of China’s internet boom to one of the biggest casualties of Beijing’s regulatory crackdown.

The firm previously hoped the U.S. delisting and a hefty penalty would put to rest its regulatory woes and had expected to relaunch the apps in September after updating them to ensure they are compliant, two sources have said.

However, the return of Didi’s banned apps had been delayed amid China’s ruling Communist Party’s twice-a-decade congress and central leadership reshuffle in November and COVID-19 outbreaks in many cities across the country after Beijing abruptly lifted tough virus curbs late last year.

The delay in the return of the apps had cast a shadow over Didi’s business plans.

Reuters reported in June Didi was in advanced talks with state-backed Sinomach Automobile to buy a third of its electric-vehicle unit in a bid to help cushion the impact of the pandemic on its core ride-hailing business.

That deal is primarily subject to the apps’ resumption for official announcement, said the two sources.

Didi has also been hit badly by the regulatory woes which chipped away at its dominance and allowed rival ride-hailing services operated by automakers Geely and SAIC Motor to gain market share across the country.