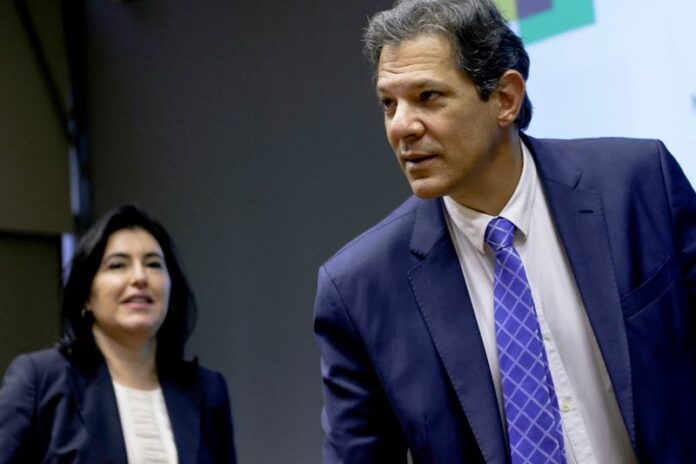 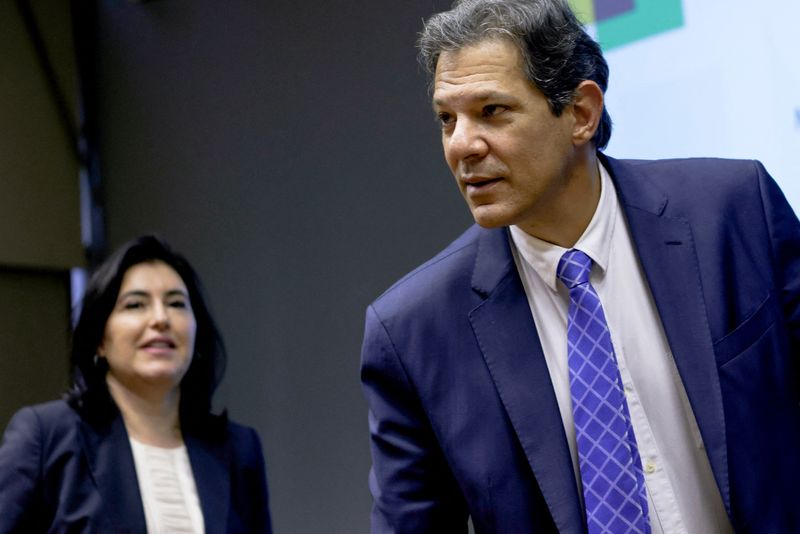 BRASILIA (Reuters) – Brazilian Finance Minister Fernando Haddad on Thursday announced a plan to more than halve the government’s estimated deficit this year by boosting revenue and trimming expenditures, helping to lift the real currency to its strongest level in two months.

Gains occurred in a session in which various currencies rose against the dollar on the back of weaker U.S. inflation data.

Haddad said the government of leftist President Luiz Inacio Lula da Silva, who took office Jan. 1, would aim to reduce the 2023 primary deficit, before interest payments, to between 0.5% and 1% of gross domestic product (GDP), or 90 billion to 100 billion reais ($18 billion to $20 billion).

The proposals aimed to allay investor concerns that Lula’s focus on poverty reduction and other election promises could hurt fiscal discipline in coming years, pushing public debt to worrying levels.

Treasury Secretary Rogerio Ceron said the proposed fiscal package would keep Brazil’s gross debt on a trajectory around 75% of GDP, without exceeding 80%.

Haddad presented a list of proposals with a total impact estimated at 243 billion reais ($47 billion), resulting in a theoretical fiscal surplus. But he said revenue frustrations might occur, as well as unexpected expenses.

The measures include actions that Lula has not yet approved, including the end of a tax waiver on fuels, which will only be on the agenda after the new board of state-run oil giant Petróleo Brasileiro S.A., known as Petrobras, takes office. That alone could increase public revenue by 29 billion reais this year, Haddad said.

Another proposal involved new rules about how companies can generate tax credits with the ICMS state tax, which could increase federal revenues by 30 billion reais this year.

Haddad also announced a tax debt renegotiation program, providing for discounted fines and interest on installments, which could boost tax revenue by 50 billion reais in 2023.

His plan accounts for more revenue than previously forecast, less spending on contracts and programs under review, and holding back on some authorized spending.

Haddad sought to play down those concerns and struck a conciliatory tone with the newly autonomous central bank, whose president was appointed by Lula’s predecessor with a mandate through 2024.

“I don’t have to be satisfied or dissatisfied. I have to work with the central bank, respect institutionality, respect its independence that was approved and seek ways to harmonize policies,” Haddad said.

The central bank has lifted Brazil’s benchmark interest rate to 13.75% from a 2% record low in March 2021. After pausing its tightening cycle in September, it has stressed that it remains vigilant and may resume hikes if inflation does not cool as expected, recently signaling increased fiscal risks.