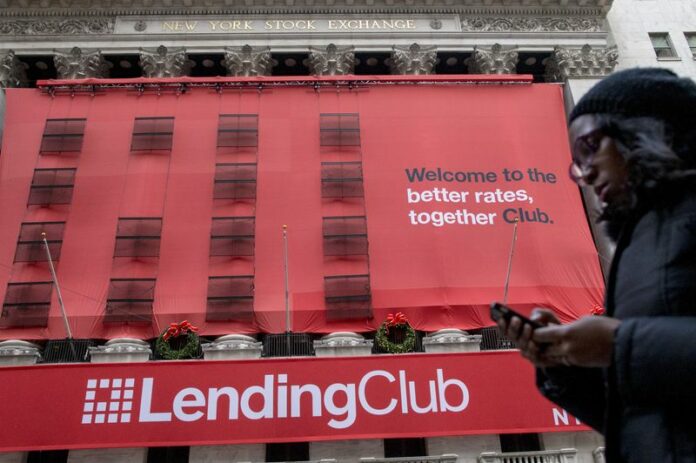 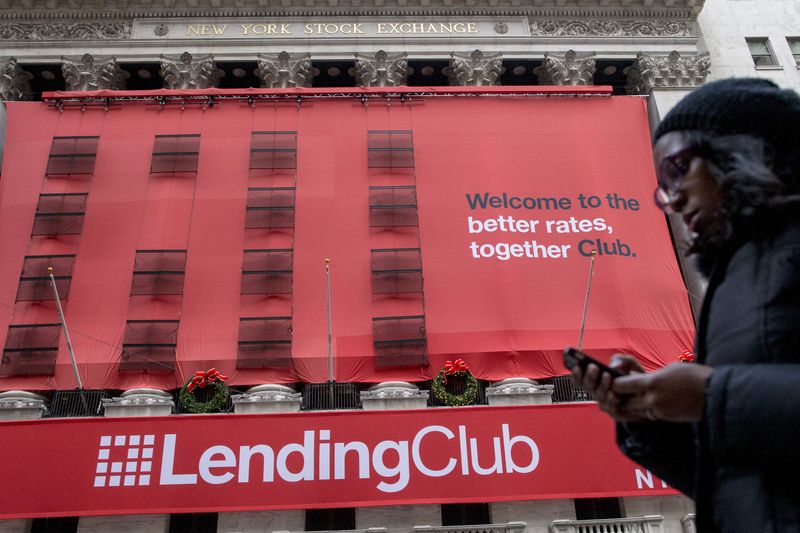 © Reuters. FILE PHOTO: A woman looks at her phone as she passes by a Lending Club banner on the facade of the the New York Stock Exchange December 11, 2014. REUTERS/Brendan McDermid

(Reuters) – LendingClub (NYSE:LC) Corp said on Thursday it has laid off 14% of its workforce, or 225 employees, joining several financial firms which cut costs as threats of a recession loom large.

Tech firms and Wall Street titans have axed thousands of jobs recently to rein in expenses as the U.S. Federal Reserve’s hefty interest rate hikes and the fallout of the Ukraine war raise the odds of the economy tipping into a recession.

LendingClub expects to incur charges of approximately $5.7 million, of which $4.4 million was expensed in the fourth quarter of 2022, according to a statement.

The company expects the job cuts to result in savings of nearly $25 million to $30 million in 2023.

The San Francisco, California-based financial services company will report fourth quarter and full-year 2022 earnings on January 25, 2023, after market hours. The company expects revenue to be between $260 million and $263 million and a net income in the range of $21 million and $24 million for the fourth quarter.

Analysts on average had estimated the company to report a revenue of $263 million and profit of $18.4 million, according to Refinitiv.