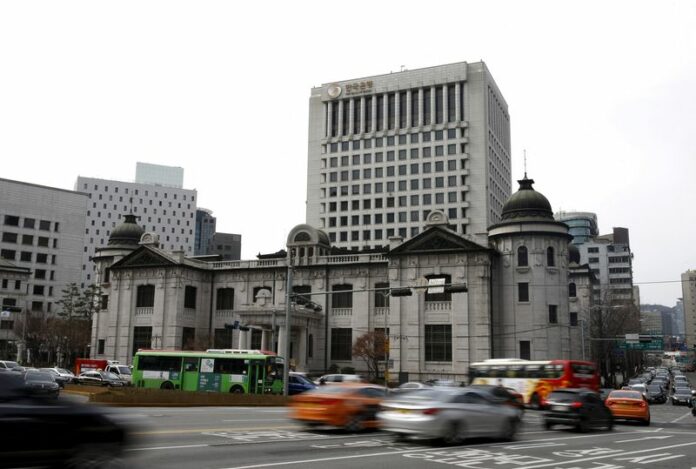 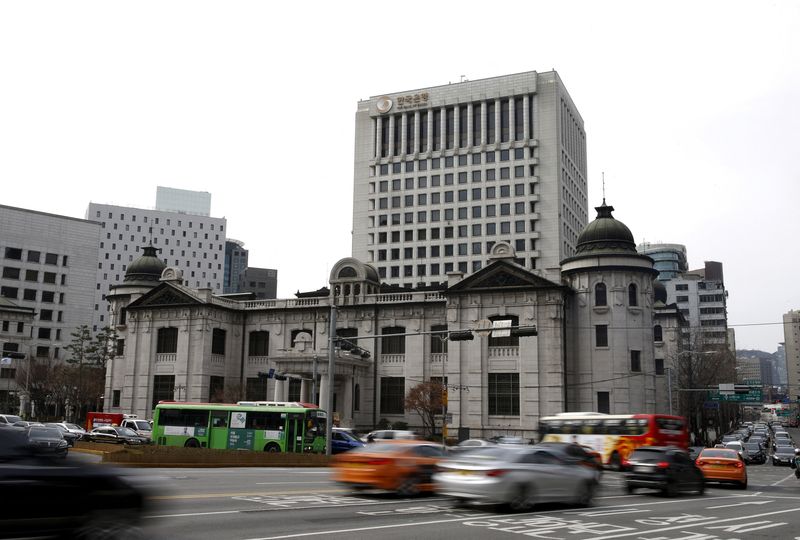 © Reuters. FILE PHOTO: The logo of the Bank of Korea is seen on the top of its building in Seoul, South Korea, March 8, 2016. Picture taken on March 8, 2016. REUTERS/Kim Hong-Ji/File Photo

U.S. inflation data for December is in, and while market reaction was perhaps a little muted relative to recent releases and the hype surrounding it, the overriding message for investors was clear: keep calm and risk on.

A Bank of Korea interest rate decision and Chinese trade data are the main set piece events in Asia, but markets there will likely open strongly after global stocks rose, bond yields fell and credit spreads tightened on Thursday.

Annual U.S. consumer price inflation in December slowed as expected and monthly prices fell for the first time since 2020, numbers that suggest the Fed is closer to getting inflation under control and therefore nearer the end of its hiking cycle.

Given that some of the biggest intraday moves in financial markets last year were on U.S. inflation days, the reaction on Thursday wasn’t explosive. Perhaps investors had run ahead of themselves a bit.

Still, MSCI’s world index rose for the fifth day in a row, a winning streak not seen since August, and MSCI’s Asia-ex Japan stock index has now risen in nine of the last 10 sessions.

A stunning 30-year U.S. Treasury auction helped push bond yields down further, fueling investors’ appetite to go out across the risk curve. A Reuters poll on Thursday showed that investors are already adding to their long positions in Asian currencies.

In major currencies, the yen just chalked up one of its best days in years. It soared more than 2% on growing speculation that the Bank of Japan will review the side effects of its monetary easing at next week’s policy meeting and may take additional steps to correct distortions in the yield curve.

The Bank of Korea on Friday is expected to raise rates by another quarter percentage point to a 15-year high of 3.50%, likely its last move in its tightening cycle.

Meanwhile, economists are bracing for another dismal batch of Chinese trade figures, with exports seen falling 10.0% in December and imports shrinking 9.8%, according to a Reuters poll.

Three key developments that could provide more direction to markets on Friday: