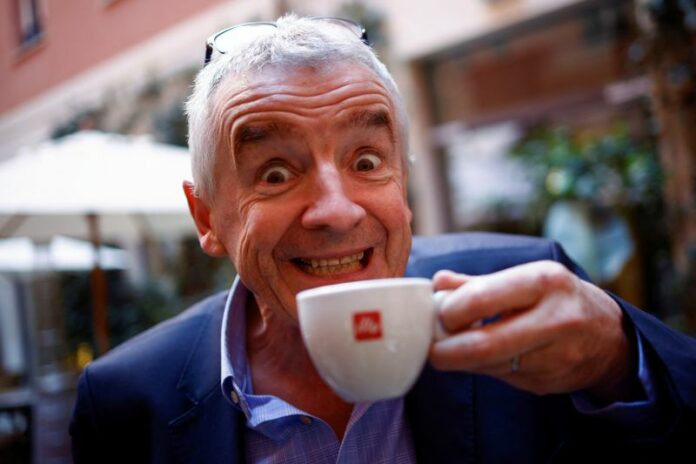 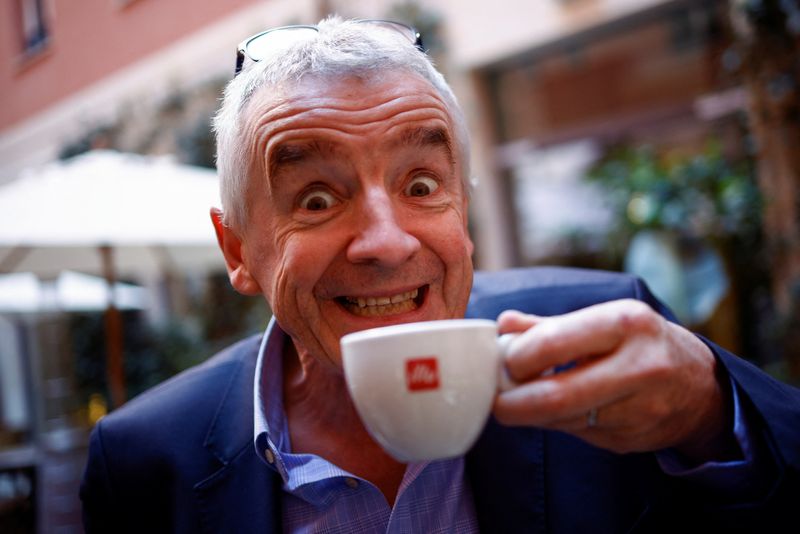 © Reuters. Ryanair CEO Michael O’Leary poses for a photo after an interview with Reuters in Rome, Italy, January 12, 2023. REUTERS/Guglielmo Mangiapane

Ryanair hiked its profit forecast for the year to end-March earlier in January after a strong Christmas season, meaning it is set to easily top the 1 billion euro ($1.08 billion) annual profit it made before two years of COVID-19 losses.

“The outlook for the summer at the moment is very strong, strong booking, strong pricing,” the CEO of Europe’s largest airline by passenger numbers said in an interview after announcing new routes from Italy.

O’Leary said bookings over the first weeks of 2023 were strong as well as for the February mid-term and Easter holidays, although pricing for the first three months of the year will be a “little bit softer” than pre-COVID levels before picking up.

“I think there is a reasonable prospect that this summer again we will see high-single digit price increases, certainly for short-haul European air travel,” he said, despite risks from new variants of the coronavirus and adverse developments in Ukraine.

Ryanair’s summer plans will also be boosted by hopes that by the end of May it will receive 40 to 45 of 51 Boeing (NYSE:BA) 737 MAX aircraft due for delivery, O’Leary told Reuters.

He had previously said the airline would be lucky to get 40 by June.

Asked about the impact of China’s border reopening on the European aviation and tourism markets, he said it was “uncertain”, noting a speedy recovery in Chinese travel would be good for bookings and fares but could also drive up oil prices.

He said high post-COVID demand was unlikely to weaken in the coming weeks.

“What is definitely happening this summer is we’ve got a very strong number of American visitors to Europe, because of a strong dollar and a weak euro, and you see the beginnings of a recovery of Asian traffic coming to Europe,” he said.

He added Ryanair’s growth in the next 5 years would mostly be in central and eastern European economies, like Poland, Romania and Bulgaria, where incomes are rising and people are increasingly willing to travel.

O’Leary sees no repeat of last summer’s staff shortages at airports and airlines, but he was still worried about air traffic control, especially in Germany and France.

“We don’t worry too much about recession or consumer spending because that would drive more and more people to low cost airlines like Ryanair,” he added.