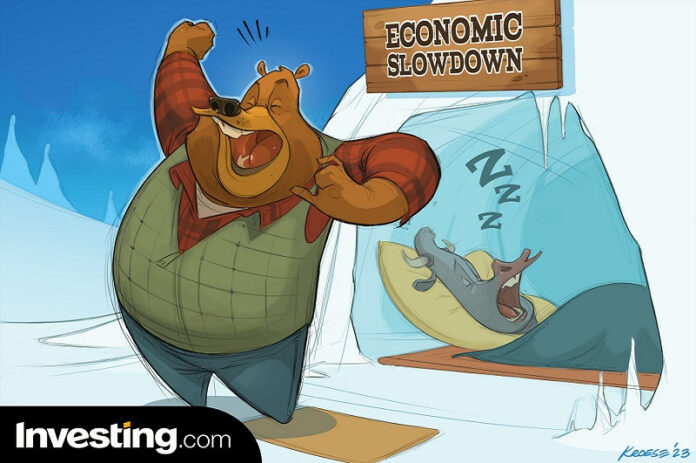 Weekly Comic: Winter has come – can spring be far behind? 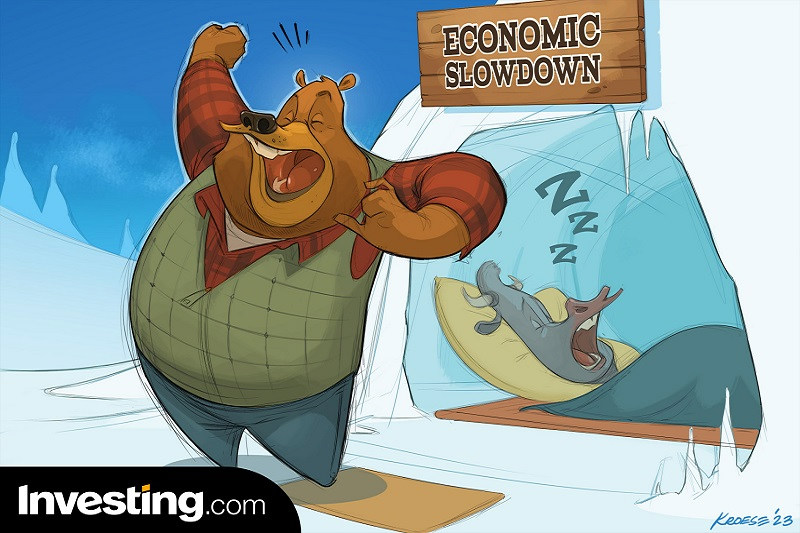 Investing.com — One of the constants of financial markets is that multilateral development banks are among the slowest institutions to update their economic forecasts: by the time the bureaucrats at Washington’s Bretton Woods sisters have crafted their research in a way that satisfies the honor of all the various stakeholders, markets have long moved on.

So much so, in fact, that some are inclined to use them as contrarian indicators of where markets are heading next. The number-crunchers in Wall Street and London, incentivized not only to be right but to be right first, are already looking at the next big trend.

The Paris-based OECD and the International Monetary Fund both warned of the risk of a global recession at the end of last year, and the World Bank’s latest issue of its Global Economic Prospects is just as gloomy, saying that global growth will slow to 1.7% this year. Only in two of the last 30 years – in 2009 and 2020 – has it been slower. Last year’s monetary policy tightening means this year’s credit crunch, especially for developing countries: the World Bank estimates that 1 in 5 is now effectively shut out of global debt markets, up from 1 in 15 before the pandemic.

But global markets are behaving as if all that is old hat. The release on Thursday of figures showing that the U.S. inflation rate fell for a sixth straight month has emboldened hopes that not only will the Federal Reserve stop raising interest rates soon, it may even cut them before the end of the year as fears about the economy replace fears about inflation.

In China, meanwhile, the upcoming Lunar New Year holiday will see animal spirits unleashed on a massive scale, as 20% of the world’s population takes advantage of the freedom to travel on its biggest holiday for the first time in three years. The surge of outbound tourism is likely to provide real support to currencies in southeast Asia and further afield: Thailand’s baht has already risen 5% this year in anticipation.

Oil import quotas issued to the country’s refiners for 2023 are reported by Reuters to be up by some 20% or more from a year ago – news of which pushed crude prices up by nearly $5 a barrel over the last week despite signs of an alarming slowdown in demand in the U.S.

China’s abandonment of its COVID-Zero policy – which is admittedly likely to be stiffly tested by a wave of infections after the Lunar New Year – has changed calculations across the commodity markets. Iron ore is up 50% from its December lows, while copper – habitually the best proxy for global growth – is up 11% on the week, Aluminum is at a 7-month high, and wheat and soybeans are both up by between 5% and 10% from their recent lows.

In the U.S., the December CPI and Labor Market Report have bolstered fading hopes that the Fed may yet achieve a soft landing for the U.S. economy. Comments from central bank officials suggesting that rates need to rise to 5% or more and then stay there are increasingly being interpreted as merely efforts to stop the market from getting ahead of itself by pricing in rate cuts too early.

The European Central Bank, like the Fed, refuses to countenance any let-up in the fight against inflation until it can properly declare victory. However, its task is being made easier every day by the energy markets, where the massive spike that threatened to ruin most of European industry last year in response to Russia’s invasion of Ukraine is now unwinding. Benchmark Dutch Gas Futures fell to their lowest since the invasion earlier this week, and even if they are still three times the prices that prevailed before the war started, they spent much of last summer at 10 times prewar levels. The improvement is not to be sniffed at.

But at least two big tests lie ahead: first markets will need to be convinced that the rise in commodity prices – especially oil – doesn’t start a new wave of inflation itself, which could force markets to take hawkish Fed talk more seriously.

Second, COVID could yet make a comeback in China if new variants thrive in a country of rebounding mobility and semi-effective vaccines, sending its consumer sector back into a funk and causing widespread and extended problems in the manufacturing and logistics sectors.

It’s unlikely to be all plain sailing from here, but as long as the development banks are still gloomy, the downside in 2023 should be limited.