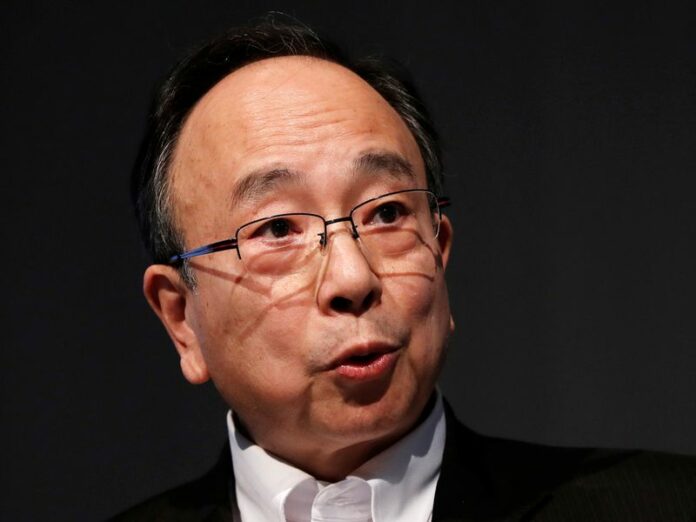 TOKYO (Reuters) – Bank of Japan (BOJ) Deputy Governor Masayoshi Amamiya, a close aide of incumbent chief Haruhiko Kuroda, is most likely to succeed him this spring, according to two-thirds of economists in a Reuters poll.

Investors have closely followed the race for the position of next BOJ governor, looking for clues of possible policy shifts after the retirement of Kuroda, who has overseen massive monetary stimulus with unorthodox methods since 2013.

The poll also showed 97% of economists thought the BOJ would maintain its ultra-easy policy at the two-day meeting concluding on Wednesday, following a surprise tweak to its yield curve control scheme in December that allowed interest rates to rise.

Of the 24 economists who replied to the Jan 5-12 poll, 16, or 67%, chose Amamiya as the most likely candidate to become the next BOJ governor.

Nicknamed “Mr BOJ” for masterminding many of the bank’s unconventional monetary easing steps, Amamiya has served as Kuroda’s right-hand man and has advocated keeping ultra-loose policy to get Japan out of deflation.

“Amamiya would be the desirable candidate to carry out a revision of Kuroda-era easing without disruptions, because he is well versed in current policies,” said Takumi Tsunoda, senior economist at Shinkin Central Bank Research Institute.

The runner-up was former deputy governor Hiroshi Nakaso, whose career at the BOJ centred on market and international affairs. Four economists in the poll, or 17%, chose Nakaso, who is seen less dovish than Amamiya, as the most likely candidate.

In a September poll that asked the same question, Amamiya and Nakaso received 61% and 33% of economists’ votes, respectively.

Another former deputy governor, Hirohide Yamaguchi, who in the September poll was nominated by no respondent, received two votes this time. The Sankei newspaper last month reported that Yamaguchi, a vocal critic of Kuroda’s dovish policy, was attracting attention from the office of Prime Minister Fumio Kishida.

Two economists opted for Masatsugu Asakawa, a former financial diplomat and current president of the Asian Development Bank. No respondents chose Columbia University professor Takatoshi Ito, who is said to be close to Kuroda.

“If the Kishida administration were to pivot from Abenomics, then they wouldn’t pick someone who assisted the Kuroda regime,” said Mari Iwashita, chief market economist at Daiwa Securities, referring to the accommodative policies of former premier Shinzo Abe.

NEARLY HALF SEE UNWINDING IN 2023

In a question asking about the BOJ’s possible next move, 29 of 30 economists said it would be unwinding of the ultra-easy policy. Of those, 13 forecast the scale-back would begin this year, while 15 said it would not happen until 2024.

One economist, Kazutaka Maeda at Meiji Yasuda Life Insurance, expected the unwinding to begin with this week’s rate-review. The BOJ might scrap its 10-year yield target altogether, he said.

Five analysts expected the unwinding of easing to start in April, at the first BOJ meeting under the new governor. Two opted for June, four for July and one for September.

The most likely means for the BOJ’s rollback would be a revision to the wording of its forward guidance, 18 economists said in response to a question that allowed multiple answers.

Ten said a most likely step would be abandoning a policy of keeping short-term rates negative, and another 10 chose widening of the range allowed for the 10-year yield. The BOJ doubled the range last month to between minus 0.50% and plus 0.50%.

“Given the unabated distortion to the yield curve by the 10-year yield anchor, a further expansion to the yield cap could be considered,” said Harumi Taguchi, principal economist at S&P Global (NYSE:SPGI) Market Intelligence.

“And that will prompt another question over the meaning of keeping negative interest rates.”

Seven economists chose raising the centre point of the 10-year yield target from 0% and another seven selected shortening the maturity of the long-term yield target to some term below 10 years. Five said the BOJ would end the yield curve control scheme, and one suggested an announcement of a policy review.

Elsewhere in the poll, 83% of economists said Japanese nominal wages were unlikely to outpace rising consumer prices in 2023. Policymakers are urging employers to agree to significant pay increases in upcoming spring labour talks to counter price hikes and to set the economy on a sustainable growth path.

Nearly half of respondents thought the core inflation rate in the economy, the world’s third largest, would stay above the BOJ’s 2% target until July-September. Another 33% said the inflation overshoot would continue until October-December or even into 2024.

Economists slightly upgraded growth projections for gross domestic product in the first two quarters this year, based on expectations of robust consumption. Other growth and consumer inflation figures in fiscal 2022, 2023 and 2024 were mostly unchanged from the December poll.