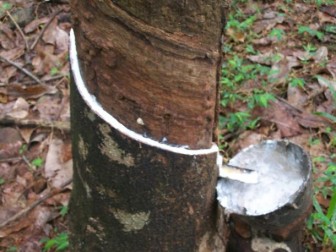 MUMBAI, Nov 26 (Reuters) – Indian natural rubber futures are likely to ease this week on rising supplies and a correction in the world market, but an improvement in buying from tyre companies trying to build an inventory for the lean season is likely to limit the downside.

Key Tokyo rubber futures inched lower on Monday as concerns over higher inventories in Shanghai weighed on the market after the yen’s slide and higher shares steadily raised prices in the past two weeks.

“The weather is ideal for tapping. Supplies are rising. That can bring down prices by 100 to 200 rupees,” said V.N. Viswamohan Prabhu, a trader based in Kochi, in the southern Kerala state.

Rubber production in India peaks during the October-January period and starts falling from February.

The spot price of the most-traded RSS-4 rubber (ribbed, smoked sheet) at the Kottayam market in the top producing Kerala state was steady at 17,400 rupees per 100 kg.

“Tyre companies are buying. They are building inventory for the lean supplies season starting from February. Their buying will provide some support to prices,” Prabhu said.

Rubber imports could hit a record 22.5 percent of India’s total consumption in 2012/13 as a widening gap between local and overseas prices prompts tyre makers to bring in imports even during the peak domestic production season.