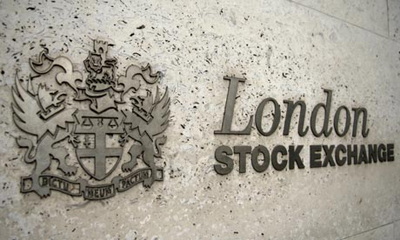 LONDON: The Czech crown retreated further on Tuesday after the central bank’s warning intervention around the key 27-per-euro mark, while most other emerging market assets were flat to firmer after the previous day’s falls.

The dollar index was flat at three-month highs. The MSCI emerging equities index rose 0.4 percent, lifted by gains on Western bourses and a 0.6 percent rise in China, where the Shanghai and Shenzen indexes hit three-week highs.

The Korean won and Thai baht both skidded to multi-year lows versus the greenback. Sentiment was better in emerging Europe, where the rouble, lira and rand were 0.3-0.5 percent firmer.

The zloty and forint also gained against the euro, the latter having priced in a 10 basis-point interest rate cut later in the day.

But the Czech crown slipped 0.12 percent, pulling further away from 20-month highs hit on Friday.

Traders in Prague and London said they had not spotted an intervention on Friday the central bank said had occurred as the crown approached 27 per euro.

“If the Czech central bank has to regularly intervene to defend the ceiling, that could lead to a situation like in Switzerland, but the Czech republic doesn’t have a massive current account surplus, and it is still an emerging market – so I don’t think they will be caught out on this,” said William Jackson at Capital Economics.

The Swiss National bank abandoned its ceiling on the franc’s value earlier this year after huge inflows tested its cap against the euro.

ING analysts noted that unlike Switzerland, which was accumulating huge reserves in its bid to weaken the franc, Czech reserves were low at 30 percent of GDP. It would have no problem buying more euros to defend the crown cap.

“Given that the domestic economy outlook remains positive, there are fundamentals in favour of a stronger crown and it can be expected that the (central bank) will now defend its floor relatively frequently and the crown will be close to the 27 level in coming months,” ING said.

Shares in South African precious metals miners recovered after gold’s 5 percent plunge sent them to multi-year lows on Monday. AngloGold Ashanti, which had fallen as much as 10 percent in the previous session, was flat.

On bonds, Russian bank AK Bars hired Credit Suisse and UBS to arrange investor meetings for a eurobond. If the deal goes ahead, it will be the first hard-currency Russian bond since Alfa Bank last November.

The roadshow will concentrate on key private banking centres such as Zurich, Singapore and Hong Kong.