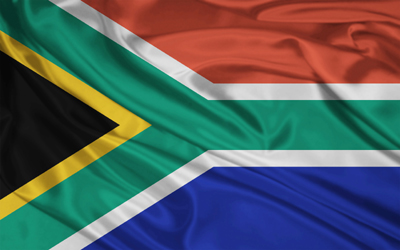 While the market has been fixated on a near-term rise of US interest rates, traders said Monday’s sell-off was on the back of China’s volatile stock market, rekindling concerns over the economic health of the Asian behemoth.

“A move of this nature again is a clear sign that people are trying to get out of the market and look into safe guarding their assets or whatever is left of them,” said Paul Chakaduka, a trader at Global Trader.

Leading the decliners, Group Five tumbled 12.70 percent to 22 rand after it said it expects full-year headline earnings to be between 45 percent and 53 percent low, while Lonmin Plc fell by 9.47 percent to 10.80 rand.

Gold recovered after falling to a 5-1/2-year-low on a strong dollar before losing ground as bearish sentiment on expectations for a near-term US interest rate hike weighed on bullion.