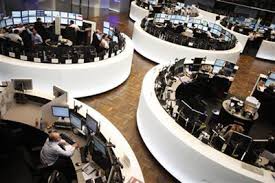 BUDAPEST/WARSAW: Bank stocks dragged Warsaw’s blue-chip equities index to its lowest levels in over three weeks on fears lenders will be hit by the new Polish government’s policies and rising risk aversion globally.

Central European government bonds rose along with European debt yields after the Federal Reserve surprised by reviving expectations that it can start to lift interest rates in the world’s biggest economy by year-end.

But the two bank stocks quickly reversed initial gains and the shares of PKO BP, Poland’s biggest lender, led a fall in the Warsaw bourse, shedding more than 2 percent and touching a 4-week low.

“We have reached a turning point in banks in terms of results, looking from the operational point of view,” said DM BOS brokerage analyst Michal Sobolewski.

“Of course political risks remain, such as a bank tax or support for Swiss franc-denominated credit holders,” he added.

Polish banks may face tough times ahead under the right-wing Law and Justice party (PiS), which won elections on Sunday. Its plans for a bank tax could cost the sector a third of its yearly profits and would also make it take on the cost of converting Swiss franc-denominated loans into zlotys.

A Reuters poll of analysts showed that the central bank, whose Monetary Policy Council will be revamped early next year by the government, could cut its main rate by 50 basis points to 1 percent by mid-2016.

A poll before the election victory of PiS projected no change in the banks interest rates until a hike in 2017.

Despite that change and the hawkish Fed comments, regional currencies mostly firmed, with the zloty gaining 0.35 percent against the euro to 4.27.

“Political uncertainty is unlikely to further weaken the zloty, unless we see some more surprising news on monetary and fiscal policy,” said Mateusz Sutowicz, analyst at Bank Millennium.