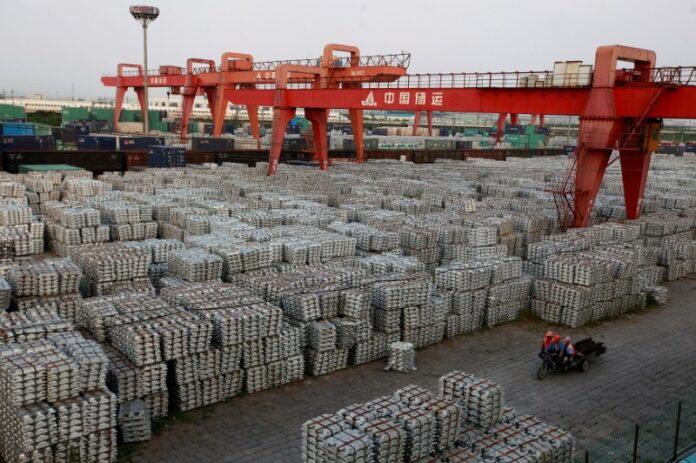 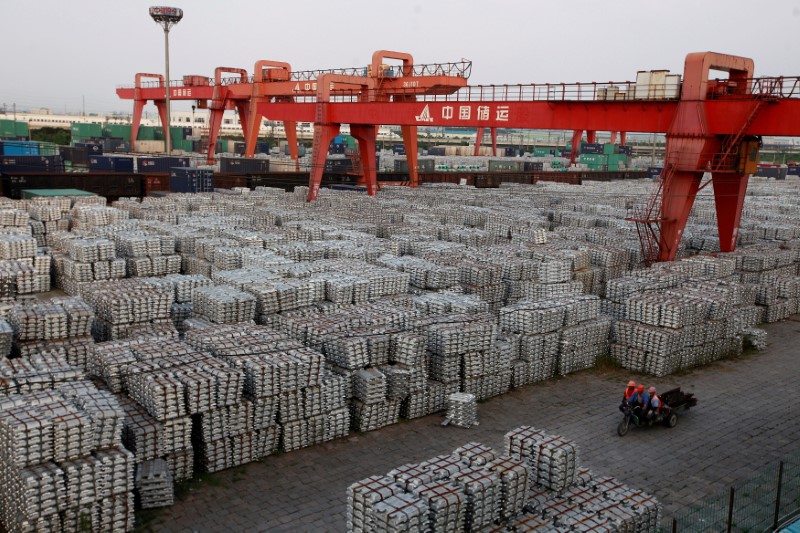 © Reuters. FILE PHOTO: File picture of workers riding on an motor rickshaw through an aluminium ingots depot in Wuxi

WASHINGTON (Reuters) – The U.S. Commerce Department said on Friday it made a preliminary finding that China dumped aluminum foil on the U.S. market and imposed duties ranging from 97 percent to 162 percent.

In 2016, U.S. aluminum foil imports from China were valued at $389 million, it said in a statement. The department said it will issue its final determination on Feb. 23, 2018.

The decision was a victory for U.S. aluminum foil makers who filed a complaint with the department accusing Chinese producers of dumping foil into the U.S. market.

In August, the department placed preliminary anti-subsidy duties of about 17 percent to 81 percent on China’s aluminum foil imports.

The Commerce Department was scheduled to issue its preliminary anti-dumping decision on Oct. 5, but delayed it “to fully analyze information pertaining to China’s status as a non-market economy (NME) country,” the department said at the time.

President Donald Trump’s administration has made enforcement of trade laws a top priority. From Jan. 20, the day Trump took office, through Oct. 25, the Commerce Department said it initiated 77 anti-dumping and countervailing duty investigations, up 61 percent from the previous year.