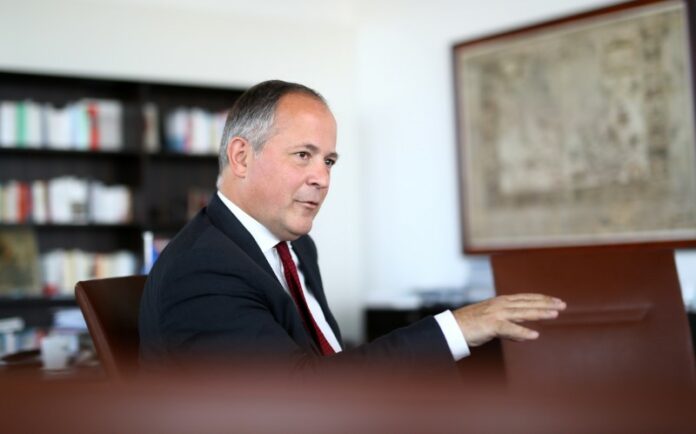 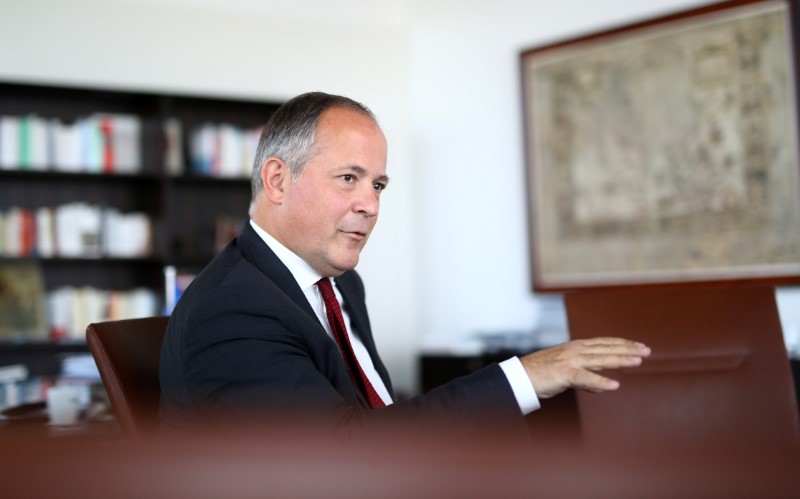 © Reuters. Benoit Coeure, board member of the European Central Bank (ECB), is photographed during an interview with Reuters journalists at the ECB headquarters in Frankfurt

FRANKFURT (Reuters) – The man in charge of the European Central Bank’s 2.5 trillion euros ($2.9 trillion) stimulus program hopes it will not be extended again when it expires in September, he told a French weekly newspaper.

Benoit Coeure, who heads the ECB’s market operations, also said the money-printing scheme will continue until inflation “clearly moves” towards the central bank’s objective of just under 2 percent.

The ECB announced on Thursday the quantitative easing (QE) scheme would be extended until September 2018, with its President Mario Draghi — of whom Coeure was long considered a key ally — making clear its eventual duration remained open-ended.

Coeure, dropping signals that he was starting to grow impatient with QE, told Le Journal du Dimanche he was hopeful Thursday’s extension would not be repeated.

“Our asset purchases will continue until inflation clearly moves towards 2 percent,” he added.

“This recalibration takes account of the solidity of the (economic) recovery and allows it to gain strength. I am hopeful that this will be the last extension.”

In an interview with Reuters in May, Coeure said “too much gradualism” in winding down the central bank’s bond purchases raised the risk of a market backlash when policy was eventually shifted.

Coeure acknowledged French companies might be taking on too much debt but said the situation in the euro area as a whole did not warrant a reaction by the ECB, as advocated by critics in Germany.

“In France, corporate debt is also rising very quickly, perhaps too quickly,” he said. “But nothing at this stage demands action from the ECB.”

Inflation in the euro zone was 1.5 percent in August and September and is not expected to reach the ECB’s target for at least two years.