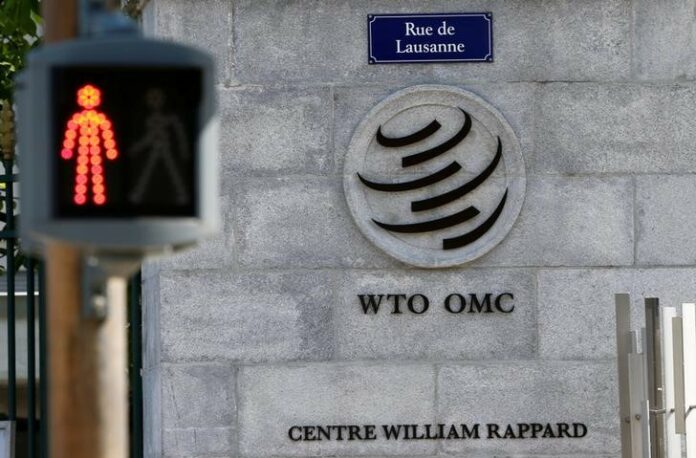 BUENOS AIRES (Reuters) – Trade ministers looked set to wrap up their biennial World Trade Organization (WTO) meeting without having reached a single agreement on Wednesday, still reeling from criticism brought by the United States, once the WTO’s driving force.

The ministers gathered in Buenos Aires were never expected to agree great reforms, with relatively minor and unrelated proposals on the table, including discussions on fishing subsidies and e-commerce.

But a discordant intervention by U.S. Trade Representative Robert Lighthizer on the first morning effectively left the conference adrift, since the WTO requires consensus — unanimity among all 164 members — to reach any agreement.

Even the perfunctory joint ministerial statement looked uncertain. A draft had already been blocked by the United States at ambassadorial level before the conference had even begun, due to U.S. objections to references to the WTO’s central role in the global trading system and to trade as a driver of development.

Driven by President Donald Trump’s “America First” strategy and a preference for bilateral deals, the United States had already blocked drafting of a ministerial declaration in Geneva, rejecting references to the WTO’s central role in the global trading system and to trade as a driver of development.

WTO spokesman Keith Rockwell told reporters that the chairwoman of the conference, Argentina’s former foreign minister Susana Malcorra, was still hoping to get ministers to agree on one text later on Wednesday.

“There still seems to be significant gaps. Whether they can find wording that can bridge those gaps I don’t know,” Rockwell said.

The failure to reach any major deals means that negotiations on the same topics will continue into 2018, with no deadline and no heavyweight ministerial momentum to get agreement.

“It’s very appropriate to stay at this stage that we are in a forward-looking mode,” Rockwell said.

“The focus of most of the work here is on work programs, and while there is disappointment that we couldn’t get a little further in terms of concrete outcomes, being able to nail down an effective work program is very important.”

Lighthizer told the WTO ministers on Monday that it was impossible to negotiate new rules while many of the current rules were not being followed, and that the WTO was losing its focus and becoming too litigation-focused. [nL1N1OB0RE]

He said the WTO should make markets more efficient, reducing overcapacity and the influence of state-owned enterprises, widely seen as a swipe at China.

Many trade experts disagree with parts of his analysis and are dismayed that the United States is vetoing new judicial appointments at the WTO, which has plunged the settlement of trade disputes into crisis.

Ministers who followed Lighthizer onto the podium offered widespread support for the global trading system, with the WTO at its heart.