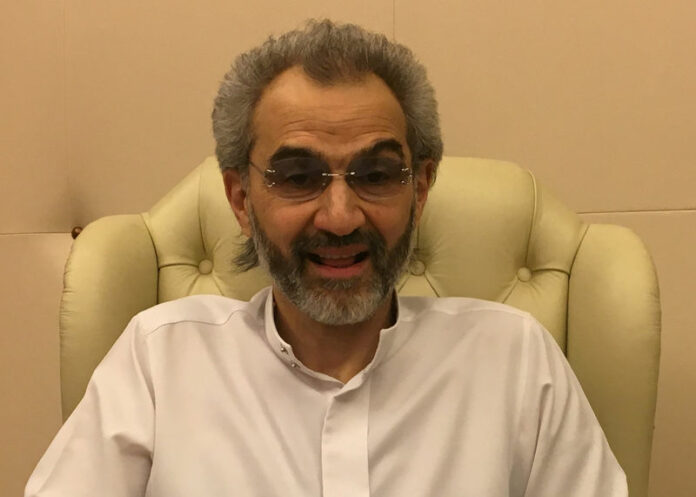 Saudi corruption purge winds down but scars will linger 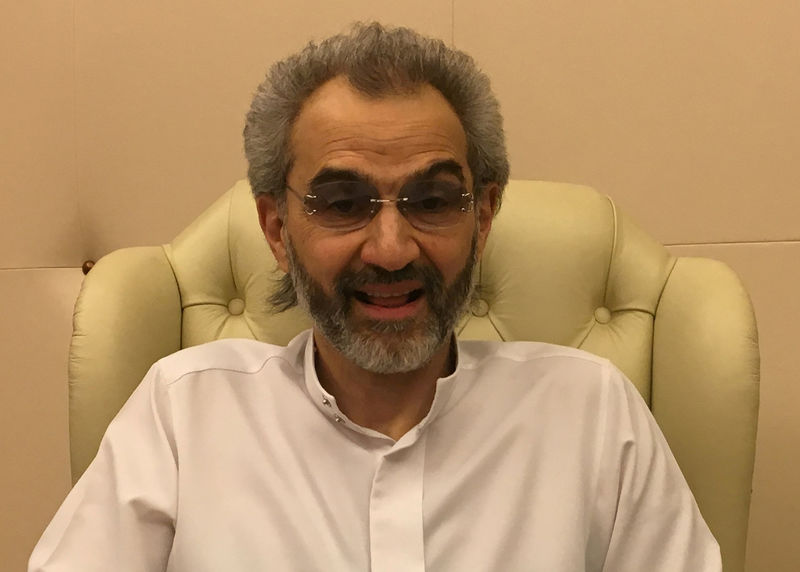 © Reuters. FILE PHOTO:Saudi Arabian billionaire Prince Alwaleed bin Talal sits for an interview with Reuters in the office of the suite where he has been detained at the Ritz-Carlton in Riyadh, Saudi Arabia

DUBAI (Reuters) – Saudi Arabia’s stock market celebrated the release of some of the kingdom’s top businessmen from detention on Sunday but the after-effects of a purge of the business elite may last for years, deterring private investment.

Billionaire Prince Alwaleed bin Talal, head of global investment firm Kingdom Holding (SE:), was among at least half a dozen tycoons freed at the weekend after over two months of confinement in Riyadh’s Ritz-Carlton Hotel.

Their release signaled a massive anti-corruption drive, in which authorities detained over 200 people and said they aimed to seize $100 billion of illicit assets, was drawing to a close. The Ritz-Carlton is to reopen to the public in mid-February.

Shares in Kingdom Holding soared to their 10 percent daily limit on Sunday, adding about $850 million to Prince Alwaleed’s fortune. A plunge of Kingdom shares in the initial days after his detention cost Prince Alwaleed about $2.2 billion on paper.

But troubling questions about the purge have not been answered. Although few people doubt Saudi Arabia would benefit from less corruption, the scale and ferocity of the crackdown alarmed businessmen inside and outside the kingdom.

Details of financial settlements between authorities and detainees have not been disclosed, leaving the public to wonder what the penalties are for large-scale corruption – and what allegations the detainees actually faced.

The first major settlement was that of senior prince Miteb bin Abdullah, once seen as a leading contender to the throne, who was freed after agreeing to pay over $1 billion, according to Saudi officials. That fueled suspicion among foreign diplomats there might be political motives behind the purge.

While the government says eliminating corruption will level the playing field for all investors, some local and foreign businessmen feel risks have risen, as they are not sure if local partners may become targets of another crackdown.

“This was completely unprecedented – not only in Saudi Arabia, but among all Arab monarchies,” said Steffen Hertog, a leading Saudi Arabia scholar at the London School of Economics.

“The appetite for big-ticket corruption among Saudi elites will certainly be a lot lower now. But many also believe, at least for the time being, that life has become less predictable for the private sector, which could make it harder to commit to long-term investment.”

He and others said Saudi authorities appeared keen to end the probe partly because they wanted to prevent it from slowing inflows of foreign investment, which are key to the government’s effort to diversify the economy beyond oil exports.

Reassuring foreign investors will become more important in the second half of 2018, when the government plans to raise as much as $100 billion by selling 5 percent of national oil giant Saudi Aramco in the world’s biggest equity offer.

A Gulf banker who deals with Saudi Arabia said some private businessmen might remain wary of investing large sums of new money for years, although authorities were monitoring fund flows closely to prevent capital flight from the country.

“The impact of the corruption investigation is being discussed as a concern by potential foreign direct investors in Saudi Arabia,” said the banker. “For them, it’s a source of risk.”

In some ways, the purge has proved less harsh than feared when it began in November. At that time, Crown Prince Mohammed bin Salman, who led the campaign, said 95 percent of detainees were agreeing to financial settlements, while 1 percent were being found innocent and the rest would probably go for trial.

Early last week, the attorney general said merely that “most” detainees had agreed to settlements. Ninety were released after having charges dropped and 95 remained in custody.

While there was speculation in the early days of the purge that whole companies would be seized and there would be mass liquidations of assets to pay the state, these things do not appear to have happened.

Officials said that while Prince Alwaleed and other tycoons had agreed to financial settlements after admitting to unspecified “violations”, they could resume their business much as before.

Prince Alwaleed will keep control of Kingdom Holding and Waleed al-Ibrahim, owner of regional television network MBC, is not giving up a single share in MBC, the officials said.

It is possible that authorities have agreed with some detainees to control their assets behind the scenes.

But some analysts said authorities may have found it harder than anticipated to construct complex, watertight legal cases against detainees – something which may have worked in favor of strong-minded holdouts such as Prince Alwaleed, who has continued to insist publicly that he is completely innocent.

Because of this, there is scepticism among many bankers and analysts over whether the purge will actually net the government $100 billion, which would be enough to pay for this year’s projected budget deficit twice over.

The attorney general said detainees were handing over cash, real estate and other assets in settlements. But partly because of a weak economy, the land market is almost illiquid, making it hard to turn property into cash.