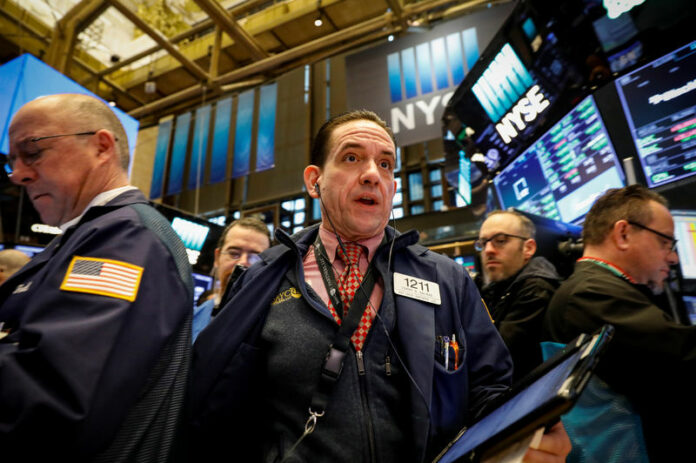 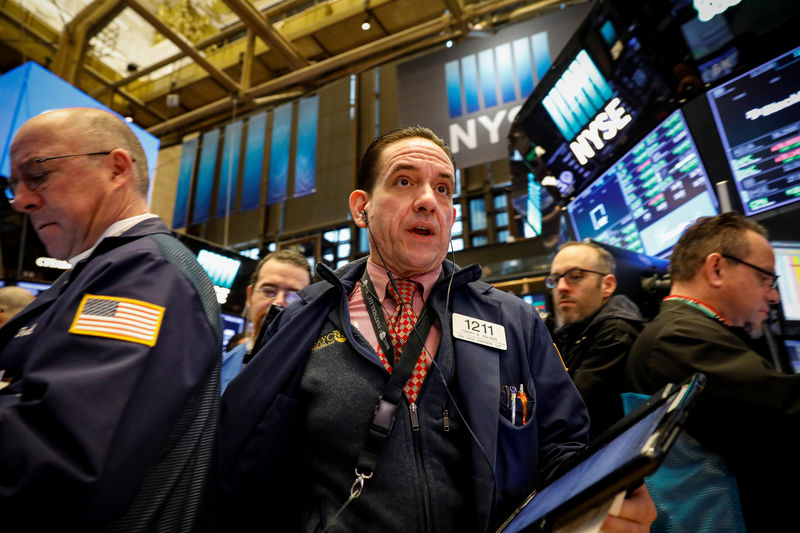 Among their new plays: international bonds, emerging market stocks, and cash. All look poised to gain as investors assess the consequences of more U.S. fiscal stimulus just as the Federal Reserve prepares to raise interest rates to prevent the economy from overheating.

The turmoil stems from a tug-of-war between monetary and fiscal policies: The Federal Reserve, which is mandated to keep inflation low and stable, and U.S. fiscal policy, which is adding stimulus with a $1.5 trillion Republican-led tax cut and an extra $300 billion over two years in federal spending as the central bank unloads bonds from its balance sheets.

Underlying the push outside of U.S. assets is a fear of rising inflation, after years of ultra-loose monetary policy.

Wages rose in January at an annual pace of 2.9 percent, the largest increase since 2009, prompting investors to begin to price in the chance that the Federal Reserve may raise interest rates at least three times this year.

That could push the benchmark 10-year Treasury rate, which sets borrowing costs for loans ranging from autos to mortgages, up to near 4 percent, a level that economists say would dampen economic growth. “We are very conservative today on both stocks and bonds and waiting for better opportunities,” said Matt Watson, a portfolio manager of the $2.7 billion James Balanced Golden Rainbow (O:) fund who has been increasing his cash position.

Overall, U.S. fund investors sold $23.9 billion out of the stock market during the week that ended on Wednesday, the largest withdrawal on record, Lipper data showed on Thursday.

U.S.-based inflation-protected bond funds attracted $859 million in the same week, the largest inflows since November 2016, while emerging market stocks brought in $291 million, continuing a streak of positive weekly inflows since the start of the year.

“The risk now is that inflation will rise more sharply, as a result of even looser fiscal policy,” said John Higgins, chief markets economist at Capital Economics.

LOOKING FOR PLACES TO HIDE

Few fund managers expect the U.S. stock market to fall into a bear market and the sharp falls are not expected to have any immediate impact on the economy, although they pose a “modest risk to global growth,” Goldman Sachs (NYSE:) analysts said.

“Our view is that the Fed may be on a path to raising interest rates four times in 2019, which means a 10-year Treasury with a yield north of 4 percent becomes a reality and you get a negative feedback loop into equity valuations,” said Chris Dillon, a fixed-income portfolio specialist at T. Rowe Price (O:).

As a result, Dillon has been moving out of U.S. bonds overall and into unhedged international bonds, he said.

“We feel like the diversification of monetary policy cycles is something to bake into our portfolios now” after years of coordinated central bank stimulus following the 2008-2009 financial crisis, he said.

Other fund managers are holding more cash due to rising rates.

With the Federal Reserve, the European Central Bank, the Bank of Japan and the Bank of England all expected to reduce monetary stimulus this year, there will be less demand for fixed income, potentially pushing yields higher, said Gene Tannuzzo, a senior portfolio manager at Columbia Threadneedle.

He has been reducing his holdings of investment-grade U.S. bonds and holding that in cash. “I think at the end of the day cash is not the worst place to be when it’s not clear you are getting huge pickup by going into significantly riskier investments,” he said.

U.S. market volatility has bled into other markets, leaving most world equity markets down for the year to date, apart from a few emerging markets. Benchmark indices in Brazil, Russia and Thailand are up 2.5 percent or more, according to Thomson Reuters data. The S&P 500 is down around 1.5 percent over the same time.

Catherine LeGraw from GMO’s Asset Allocation team said her firm forecasts emerging market value stocks will gain about 6 percent annualized after inflation over the next seven years, a gain that “no other asset class comes close to matching.”