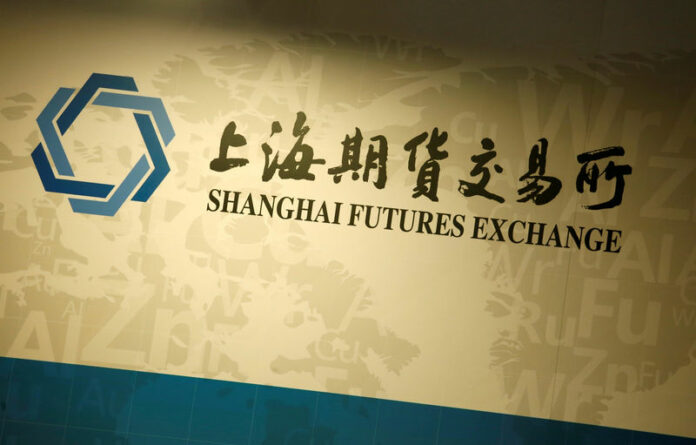 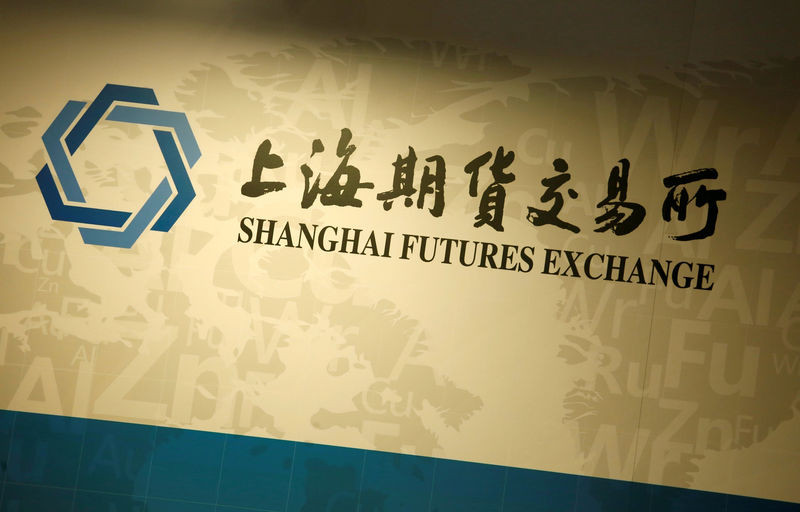 © Reuters. FILE PHOTO: A company logo of Shanghai Futures Exchange is displayed at a booth during LME Week Asia in Hong Kong

By Meng Meng and Josephine Mason

BEIJING (Reuters) – As 9 pm approaches every weekday night in China, a small army of individual investors from around the country log onto trading apps on their mobile phones and laptops.

Wall Street may be about to open but these night owls are interested in trading something much closer to home – the new Shanghai futures contracts 0#ISC:> that were launched in late March.

Armed with risky loans from online firms or digging into their own savings, they threaten to play an outsized role in the new market, which has got off to a roaring start.

On average, volume between 9 pm and midnight accounts for almost 60 percent of daily turnover, equivalent to about 22 million barrels of oil worth more than 10 billion yuan.

And executives of online lending platforms, managers at major brokerages, and traders interviewed by Reuters all said that most of the orders in that period come from retail investors – and a lot of it involves borrowed money.

Their dominance is a reflection of the interest among China’s burgeoning middle class for investments in the country’s vast commodities market – many of the crude oil traders also dabble in other commodities such as iron ore and steel. This is especially the case after the authorities in recent years succeeded in damping down speculative activity in stocks and in real estate.

It is also a sign of the kind of mania that is high-risk not only for the individual investors – who can quickly lose a lot of money borrowed on margin – but also for the long-term prospects of China’s oil futures market.

The retail investors can exaggerate price swings – they tend to close out positions every day, for example, to avoid holding costs – and the market could lose liquidity quickly if a sell-off prompts a sudden outflow of their money.

Liquidity, measured by open interest, hit 15,000 lots, equivalent to 15 million barrels, last Thursday, a record and almost double levels at the start of May after Washington withdrew from the Iran nuclear deal and renewed sanctions on the oil exporter. That does suggest a pick up in interest from institutional investors in recent days.

But uncertainty about the role of retail players could in the longer run deter foreign institutional investors, potentially undermining China’s attempts to become a major force in oil trading, which so far has been seen largely as a success.

The market is also open for two short sessions between 9 a.m. and 3 p.m. but the retail crowd prefers the night time because many of them have day jobs and because they can also trade the Shanghai contracts alongside the established benchmarks for crude oil futures, London’s 0#LCO:> and WTI in the United States 0#CL:>.

The Shanghai market closes at 2.30 a.m but volume drops off after midnight as the part-time traders head off to bed.

“The crude markets tend to have more volatility at night, providing an opportunity for us to trade,” said Lv Peng, a 35-year-old investor based in Zhengzhou, a second-tier city in central Henan province. “Domestic retail investors often find cues for trading from international oil prices.”

Peng, a data analyst at a hedge fund, says he has on average been doing between 8 and 15 trades each week – and has been up most nights until 1 a.m. since the launch on March 26.

He uses his own money. But that is not the case with a lot of the other night traders.

For example, a bank employee in Nanjing in southern Jiangsu province who would only provide his surname, Liu, said he piled on trades in the nascent market with money borrowed from online financing platforms.

But Liu, who is in his mid-40s, lost 1 million yuan ($157,900) in the first two weeks after his bets that prices would rally went against him. Instead prices fell 11 percent.

He said he concluded that “retail investors are not able to make money in the crude futures market”, paid back his loans and quit the market feeling burned out.

The Shanghai Futures Exchange said in an emailed statement that investors should not use grey-market loans which have been banned by the government to trade their products and they should be aware of the risks of doing so.

Market regulator China Securities Regulatory Commission (CSRC) did not respond to a request for comment.

“At the same time, they are less experienced in the market and could easily lose all they have.”

Still, lenders say that if they weren’t providing margin financing the contract wouldn’t have had as successful a start.

“We provided almost two thirds of total volume contributed by retail investors. Imagine what would have happened to the market if we pulled out,” said an official, who spoke on the condition of anonymity, at a lender called FindOil.

His clients traded a total of 20,000 to 30,000 barrels of crude each night, he said. That equates to 30 lots each. But with investors borrowing ten times the money they’re putting down, there is a real danger that some will lose their shirts.

With that kind of leverage, a small move in oil crude futures could be very costly for an investor if they were on the wrong side, said a client manager at a medium-sized broker in central Henan province.

Xiamen-based Gold and Forex Management Co is one of many firms advertising online as an asset management firm offering loans. Sources at loan companies say interest rates can be as high as 1 percent a day.

The company has more than 100 retail customers who needed help paying the deposit. Their combined deposit reached as high as 200 million yuan at one point, a company source said.

Still, there is one person who won’t be embarking on any more night-time trading adventures anytime soon. That’s Liu – the Nanjing banker.

He said he can handle the financial losses and his wife, though angry, did not blame him. From now on though, he’s going to invest in “less exciting” treasury bonds and is sticking to doing it during daylight hours.

China says it will take targeted steps to support the economy

China says it will take targeted steps to support the economy