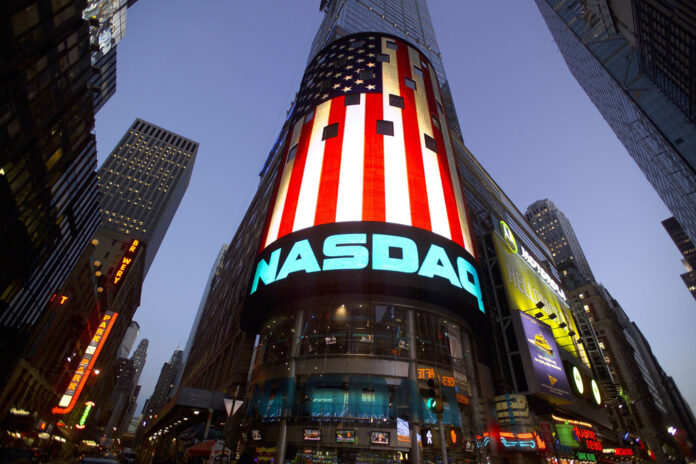 Nasdaq ends at record, Dow flat ahead of Fed decision

NEW YORK: The Nasdaq finished at a fresh record Tuesday following strong gains by Tesla and some other tech companies, while the Dow treaded water ahead of a Federal Reserve decision.

Karl Haeling of LBBW described the investor mood as one of “cautious optimism” with low trading volumes ahead of Wednesday’s Fed announcement.

Investors are anticipating an interest rate hike from the Fed, followed by a European Central Bank decision Thursday that could mark the end of a bond-buying stimulus program.

“We have so many major events for the rest of the week. Most investors are sitting on the sidelines,” Haeling said.

Tesla Motors shot up 3.2 percent after announcing that it would cut nine percent of its staff in a push towards profitability. The electric-car maker said the move would not affect production workers or production targets of the Model 3 sedan.

Other large technology companies, including Apple, Amazon and Google-parent Alphabet, climbed between 0.5 and 1.0 percent.

Time Warner rose 0.1 percent and AT&T 1.0 percent ahead of the US judicial decision approving the mega merger between the two media companies.