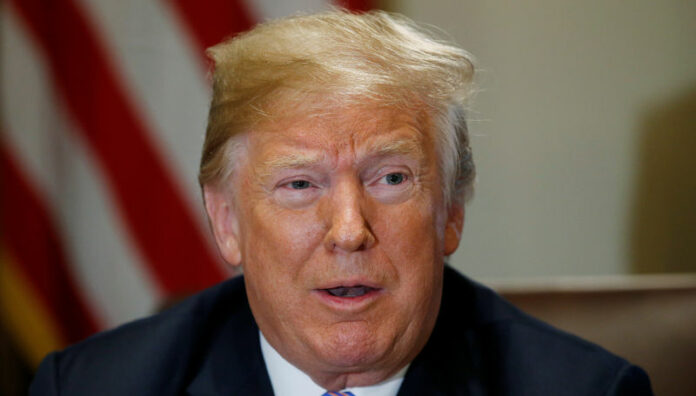 © Reuters. President Trump addresses a cabinet meeting at the White House in Washington

WASHINGTON (Reuters) – U.S. President Donald Trump on Thursday told CNBC that he was “not thrilled” about the Federal Reserve’s decision to hike interest rates, according to the television network.

“I’m not thrilled,” he said in an interview, according to CNBC. “Because we go up and every time you go up they want to raise rates again. I don’t really – I am not happy about it. But at the same time I’m letting them do what they feel is best.”

“I don’t like all of this work that we’re putting into the economy and then I see rates going up,” he said, according to CNBC.

Trump added that he was concerned that the Fed’s rate hikes may put the United States at a “disadvantage” while the Bank of Japan and the European Central Bank keep their monetary policy loose, CNBC said.

His remarks to CNBC were not the first time that Trump has departed from a long-standing practice of U.S. presidents steering clear of commenting on Fed policy and the value of the dollar.