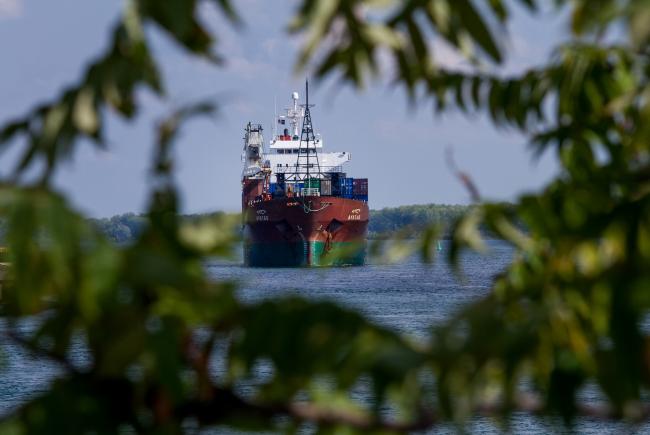 (Bloomberg) — The Canadian government is poised to release a blueprint to reform the World Trade Organization as countries adjust to a newly protectionist America that has threatened to leave the organization entirely.

Canadian trade officials, who spent August working on a draft of the reform proposal called “Strengthening and Modernizing the WTO,” are seeking to forge an alliance of like-minded countries to “restore confidence in the multilateral trading system and discourage protectionist measures and countermeasures,” according to a copy of the draft obtained by Bloomberg.

A group of senior-level trade officials will gather in Geneva on Sept. 20 to discuss the Canadian reform proposal and prepare the groundwork for ministerial talks scheduled to take place in Ottawa from Oct. 24 to Oct. 25.

A U.S. withdrawal from the WTO potentially would be far more significant for the global economy than even Trump’s growing trade war with China, undermining the post-World War II system that the U.S. helped build.

“This is a crucial moment in the way that the international community thinks about trade and the trading system,” WTO Director-General Roberto Azevedo said in speech Tuesday. “The outcome of this debate could shape the system for a generation.”

The WTO reform push gained new prominence after the Trump administration blocked the re-appointment of a WTO appellate body member on Aug. 27 and Trump told Bloomberg News in an interview that the U.S. would withdraw from the organization if it didn’t “shape up.”

Over the past year Trump has fought with the U.S.’s northern neighbor, seeking to rebalance the North American Free Trade Agreement in America’s favor, criticizing Canada’s dairy policies and imposing national security tariffs on imports of Canadian steel and aluminum.

Ministers meeting in Ottawa “will seek to identify concrete and tangible ways the operation and functioning of the WTO could be enhanced and improved over the short, medium and long term,” Joseph Pickerill, a spokesman for Canadian Trade Minister Jim Carr, said in an emailed statement. “Preparatory work is underway now and the full agenda will be announced soon.”

The Canadian paper focuses on three specific areas for reforming the WTO:

Despite the paper’s overall ambition, it acknowledges that the WTO’s 164 members are unlikely to forge new binding multilateral agreements or significant institutional changes in the near term. As a result, “longer term deliberation” will be required to make substantial improvements to the WTO and formally update its 23-year-old rulebook.

A key priority for WTO members is ending the yearlong block on WTO appellate body members — something that “threatens to bring the whole dispute settlement system to a halt,” according to the Canadian paper.

The WTO is currently facing a systemic crisis due to the Trump administration’s refusal to appoint and reappoint members to the appellate body, which has the final say in upholding, modifying, or reversing WTO rulings. If the U.S. continues its hold, the body will be paralyzed by late 2019 because it will lack the three panelists required to sign off on rulings.

(Update with reform proposals starting in the eighth paragraph.)