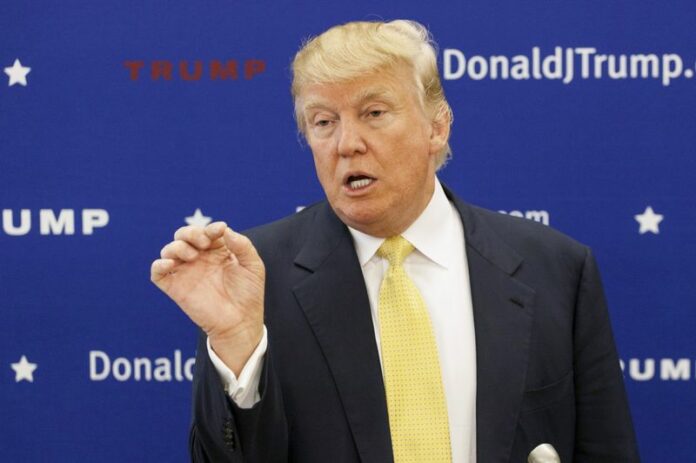 Trump Wants to Own This Economy. He Might Regret That.

© Reuters. Trump Wants to Own This Economy. He Might Regret That.

(Bloomberg Opinion) — President Donald Trump yesterday claimed to have a “magic wand” that allowed him to push the economy’s growth rate above an annual rate of 4 percent in 2018’s second quarter. This is one of the president’s more colorful public statements taking credit for the economy’s performance. Such statements are as common as they are overstated.

Trump isn’t alone in exaggerating the effect a president can have on the state of the economy. The public debate often forgets that the economy is shaped by powerful global forces — peace and turmoil between nations, technological advancement, migration, international trade — and by the decisions of millions of households and businesses.

So I’m not terribly surprised that the economy today looks pretty similar to the economy at the end of the Barack Obama administration. For example, the unemployment rate stands at 3.9 percent, but its 6-percentage-point steady decline began during Obama’s first term.

I’m going to stop the comparisons here. It’s not good practice to analyze economic data grouped by presidential administration, precisely because the president does not control the economy with a wand, magic or otherwise. And the gist of the major economic indicators confirms the story told by the three I’ve discussed above.

One exception to the continuity is business sentiment. Optimism among small-business owners spiked when Trump was elected, and is currently at its highest level in nearly a half-century. It is reasonable to conclude that this has fueled hiring and investment to some degree.

The president can also claim some credit for the economy’s performance because of increases in federal spending and the new tax law. Both serve as a form of short-term fiscal stimulus, increasing the size of the economy. Spending increases alone are projected by the nonpartisan Congressional Budget Office to boost the size of the economy by 0.3 percent in 2018 and 0.6 percent in 2019. Fiscal stimulus at this point in the business cycle is ill advised, but it will juice the economy nonetheless.

The new tax law is much more than fiscal stimulus, of course. By increasing its after-tax profitability, the Trump administration is correct to argue that the law should increase investment, both because U.S.-based businesses will invest more and because businesses will be more likely to invest in the U.S. than overseas. Over time, we should expect additional investment to increase productivity and workers’ wages.

The public debate about this has been very confused. Supporters of the law have mistakenly pointed to public-relations moves — such as when companies issue bonus payments — as a sign that the law is already working. Opponents have pointed to companies’ stock repurchases and the absence of rapidly accelerating wage growth as signs that businesses will not “share” their tax savings with workers, a criticism that betrays a fundamental misunderstanding of the economics at work when investment becomes more profitable.

The idea never was that the tax cut would create a pool of money, some of which would go to workers. Instead, the theory is that increasing the incentives to invest will increase actual investment, which will eventually raise wages by making workers more productive and more valuable to self-interested companies.

Has that predicted investment response come to pass? Investment has strengthened under Trump. This could be due in part to stronger business confidence and to the expectation of significant deregulation. The stronger trend for investment seems to have begun under Obama, so it is likely in part due to the overall strengthening of the economy.

And enough time has passed since the enactment of the new tax law that some of the increase could be due to stronger investment incentives. In my judgment, this would not be surprising. But even if we see some buds flowering in the data, it’s still too early to expect the full effect of the investment incentives to drive significant changes in business decisions.

“It’s still too early” sums up my prognosis of the president’s eventual effect on the economy. Much of what we are seeing is a continuation of longer-running trends, though the president deserves credit for some of the economic success we have all enjoyed during his time in office. And regarding the new tax law, most of the effects are yet to come.

As for the negative economic consequences of the president’s policies, those too may mostly lie in the future. By financing his tax law and spending increases with debt, the president stands to undo much of the benefit of stronger investment incentives. More debt will likely reduce investment and productivity, pushing wages and income lower. The president’s refusal to put the national debt on a more sustainable trajectory by attempting to reduce projected spending on middle-class entitlement programs irresponsibly compounds this problem.

We don’t yet know how far Trump will go in any trade war, but the negative effects could be significant. The president’s comfort with crony capitalism and industrial policy will hurt economic efficiency. His attacks on international institutions and immigration could significantly weaken the long-run performance of the economy as well.

On balance, how will history judge Donald Trump’s effect on the economy? My crystal ball is cloudy. But I see lightning striking in its clouds.