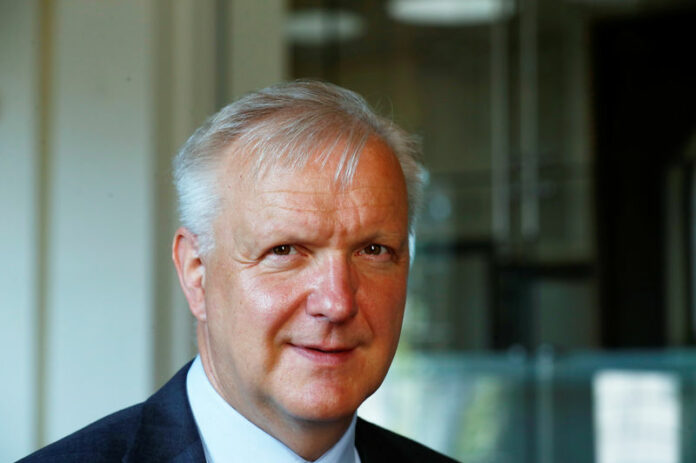 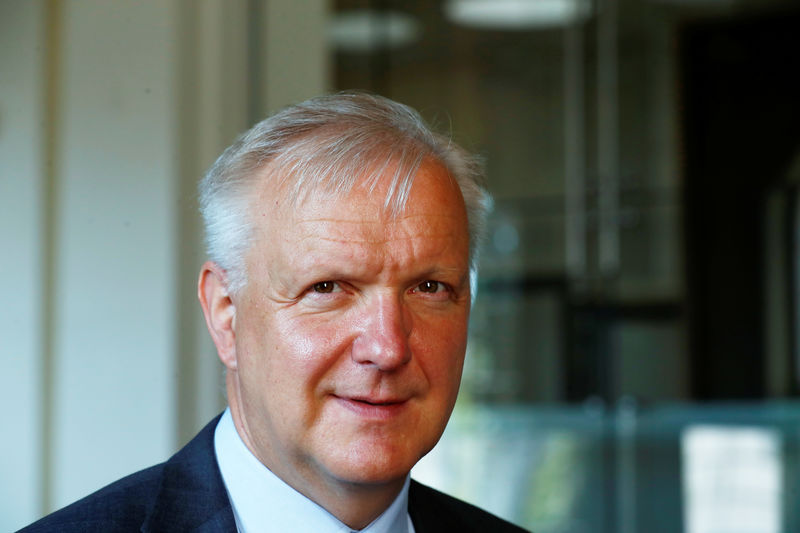 HELSINKI (Reuters) – The need for the European Central Bank to give financial markets an extended guidance on future interest rate moves will diminish once inflation bounces back enough, ECB policymaker Olli Rehn said on Thursday.

The comments suggest that the debate about the ECB’s guidance remains open after board members Benoit Coeure and Peter Praet both argued recently that the bank may need to provide an even longer view on the expected path of interest rates beyond an initial hike.

The ECB now guides markets for steady rates “through” the summer of 2019, suggesting a move sometime in the final quarter of the year.

“The need for extended forward guidance on monetary policy will also diminish, once inflation has reached sufficient progress towards the price stability objective,” Rehn, also the Governor of Finland’s central bank, said in a statement.

“As it stands, financial market expectations concerning the timing of the first interest rate rise are consistent with the Governing Council’s statements,” Rehn added.

The ECB targets inflation at just below 2 percent and does not expect to hit this level before the end of the decade as the currency bloc is still struggling to absorb economic slack.

Steering market expectations has been a key challenge for central banks across the world since the start of the financial crisis in 2008 as policymakers battled a lending freeze and fears of an unprecedented depression.

The ECB expects rates to rise only very slowly and a longer-term guidance could stop investors from pricing in more aggressive moves and keep borrowing conditions low for longer.

After years of aggressive stimulus, the ECB has been preparing investors for the end of its 2.6 trillion-euro ($3.00 trillion) bond-buying program in December and for the first interest rate increase since 2011 sometime after the summer of next year.