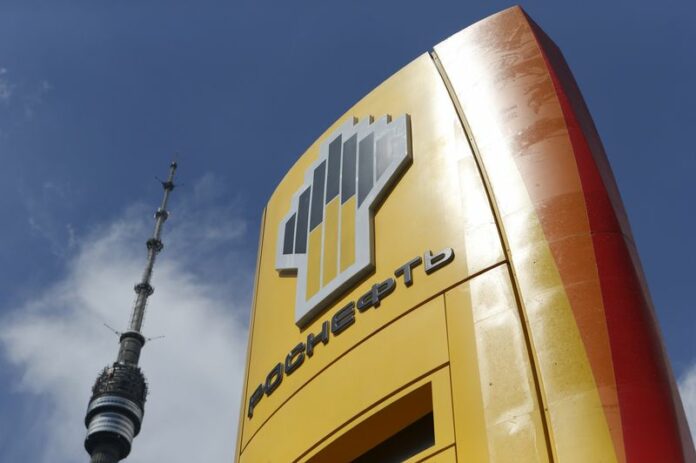 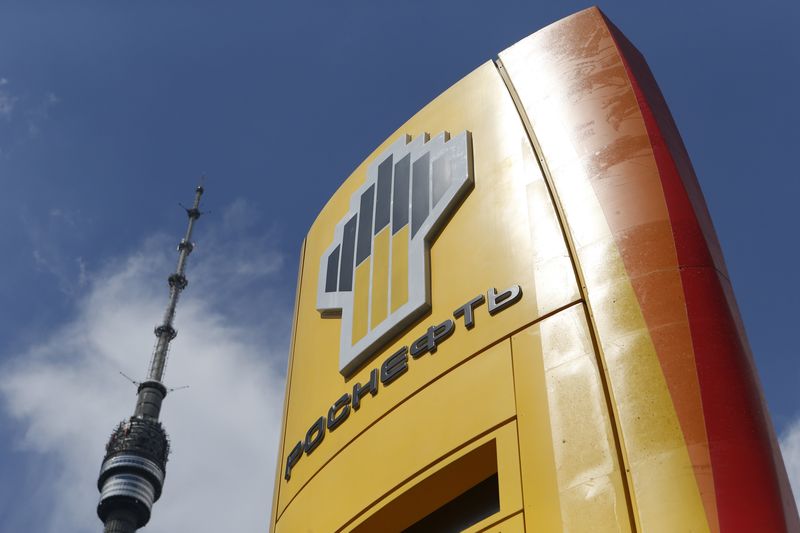 (Bloomberg) — As U.S. sanctions against Venezuela’s state oil company ripple through the market, there’s one company with more at stake than most: its Russian counterpart, Rosneft PJSC.

Rosneft Chief Executive Officer Igor Sechin has personally spearheaded Russia’s support for President Nicolas Maduro’s government and over the past five years, the Russian oil company has funneled more than $7 billion in Venezuela, largely through loans to be repaid in future crude deliveries.

President Donald Trump’s National Security Adviser John Bolton in a tweet Wednesday advised the financial community not to trade in Venezuelan gold, oil or other commodities.

As the Trump administration ratchets up economic pressure on Maduro, Rosneft’s big oil bet is under pressure.

“The hard-to-predict political situation, which is happening in Venezuela today, impacts relations between the states, relations between companies,” Russia’s Deputy Prime Minister Dmitry Kozak, who has responsibility for the energy sector, said Wednesday. “It would be silly to deny the risks.”

Russian Energy Minister Alexander Novak told reporters in Moscow Wednesday that the U.S. sanctions against PDVSA were ”illegal” and “violating international law and interfering in the economic activity” of companies operating in Venezuela.

Rosneft has stakes in five onshore oil projects in Venezuela, which it co-owns with Petroleos de Venezuela SA, as well as two offshore gas projects. The oil projects produced 8.06 million tons in 2017, of which Rosneft’s share was 3.14 million tons, or about 60,000 barrels a day — around 1.3 percent of the Russian company’s crude production.

The loans Rosneft gave Venezuela’s state oil company are much more financially significant to the Russian company. In 2014, Rosneft made $4 billion in prepayments to PDVSA in exchange for future oil deliveries; in 2016-17, the Russian company added a further $2.5 billion to the total.

To be sure, Rosneft’s business in Venezuela has so far been profitable. It invested in the country at a time when most other oil companies didn’t dare. The company’s investments in the country so far have reaped returns far exceeding its internal target rate, according to a person familiar with the matter.

PDVSA supplied Rosneft with oil worth $1.9 billion against the loans in 2017, according to the Russian company, and cut the principal outstanding under the deals by a further $1.5 billion in the first nine months of 2018. Analysts estimate that the total currently outstanding is about $2.5 billion-$2.6 billion.

“While concerns around Rosneft’s exposure to Venezuela are likely to persist as long as the political uncertainty continues, it is much less critical for the company than even 18 months ago given the significant repayments made since then,” said analysts at UBS Group AG in a note dated Jan. 28.

“Our mission is to realize the dreams and plans of Chavez, together with President Nicolas Maduro,” Sechin said in a eulogy to former Venezuelan president Hugo Chavez, delivered in Spanish in 2014. He concluded with the Che Guevara catchphrase “Hasta la victoria siempre!”

Now Sechin’s bet on the Maduro regime is looking less certain. Rosneft shares fell by the most in seven weeks after the U.S. recognized opposition leader Juan Guaido as interim president. This week a Russian official warned that Venezuela could have trouble meeting payments to the Kremlin under a $3.15 billion debt-rescheduling deal reached in 2017.

“Sechin’s biggest bet is blowing up in his face,” says Maximilian Hess, a senior political risk analyst at AKE International.

The U.S. government’s move to recognize Guaido as Venezuela’s head of state, and to impose sanctions on PDVSA, has cast doubt on the future of Rosneft’s investments there. Some European oil traders have temporarily stopped dealing with PDVSA while their lawyers weigh whether it’s possible for non-U.S. entities to continue buying Venezuelan crude. It’s not clear whether Rosneft’s trading arm, which takes deliveries of oil in repayment for the company’s loan, will follow suit.

The Russian government has continued to support Maduro — raising concerns that in a worst case scenario Rosneft could lose its assets in Venezuela as well as its loan investment. Still, the company has collateral for its loans through a 49.9 percent stake in PDVSA’s U.S. refining arm, Citgo Holding Inc. While the sanctions would complicate any move by Rosneft to enforce that collateral — already questionable, after U.S. politicians said they would scrutinize any move — its existence is likely to make the company an unavoidable player in any financial negotiations, even if the Maduro government should fall.

“Regardless of whatever happens in Venezuela, Rosneft has a seat at the table,” said Hess. “Ultimately if some deal can be reached to salvage Rosneft’s position, it would pay off for years to come.”