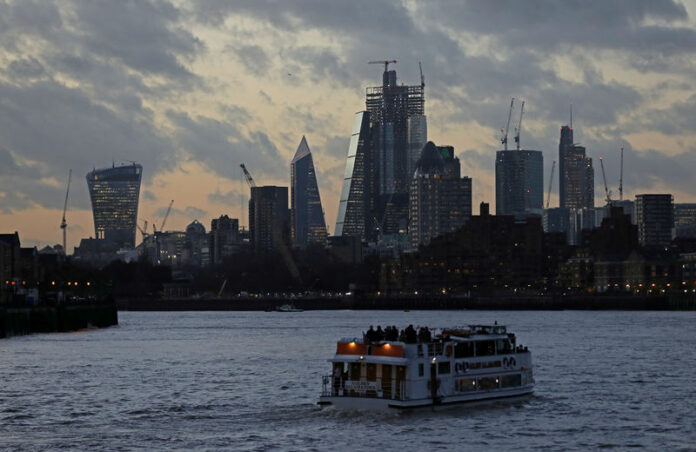 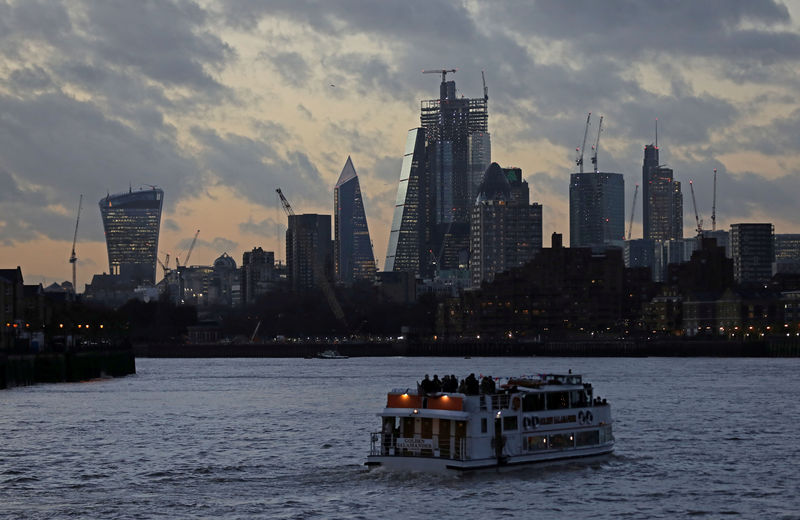 © Reuters. FILE PHOTO: A river boat cruises down the River Thames as the sun sets behind the Canary Wharf financial district of London

By Iain Withers and Sinead Cruise

LONDON (Reuters) – British banks are seeking government support to help businesses deal with fallout from a potential “no-deal” Brexit next month, including cash flow problems and shipment delays that are predicted to lead to a spike in insolvencies.

But their requests, ranging from specific financial support for businesses hit by supply chain problems or delayed payments to guidance on how to lend to those in financial trouble, have fallen on deaf ears, two senior bankers from two of Britain’s major banks told Reuters.

“We have had next to no engagement which we think is odd given the critical situation we’re in,” one senior banker said.

“We have not had detailed discussion on the business support side. We need an understanding of what package the government has put together – stimulus or otherwise … It’s critical politics but it does seem there’s no capacity to do it.”

The Bank of England warned last week the British economy was on course for its weakest year since the global financial crisis and forecast a one in four chance of Britain tipping into a recession this year.

Trade credit insurer Euler Hermes last month suggested a no-deal Brexit could result in a 20 percent jump in insolvencies, compared with a 9 percent rise if a Brexit deal was secured.

The second banker from the other major British bank said he had made a proposal to the Treasury to launch a major fund to help firms threatened by temporary cash flow issues. Currently British banks are prohibited from lending to companies that are on the verge of going bust.

But the banker said this plan had not as yet been taken up by the Treasury.

A Treasury spokesman said the ministry had “regular engagement” with banks and other financial services providers, including on their plans to support business customers in the event of a no-deal Brexit.

“As the Bank of England has set out, UK banks are prepared and strong enough to continue to serve UK households and businesses even through a disorderly Brexit,” he said.

Britain is due to leave the European Union on March 29 but Prime Minister Theresa May wants more concessions from Brussels to rally her divided Conservative Party behind her exit plan, which parliament voted down last month.

The impasse has increased business fears of an economic shock if there is a no-deal Brexit, which could disrupt trade flows and cause supply and payment backlogs.

Finance minister Philip Hammond is due to deliver an update on his budget plans on March 13 days before Brexit day. Hammond has previously said the economy might need help from the government via higher spending or lower taxes if there was a Brexit shock.

Britain’s banks are drawing up plans to help firms put in trouble by Brexit, including waiving certain penalties and fees if repayments are late and putting extra staff in contact centers and in branches to help affected customers.

Both bankers said they believed the British banking sector was sufficiently well capitalized to withstand a disruptive Brexit, but this would not be enough to ensure the continuing flow of money to the real economy.

“There’s still a situation where we need a very clear plan for what the government intends to do.

“It might be the politics doesn’t allow for that to happen now, but it has to happen soon,” the first banker said.