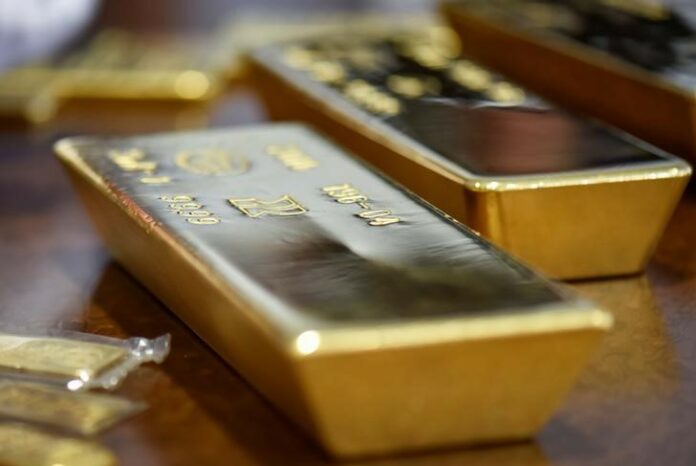 Investing.com – Gold prices edged up on Wednesday in Asia as traders digested the latest news on Sino-U.S. trade tension and a speech by U.S. Federal Reserve Chairman Jerome Powell.

On Tuesday, Powell said in a speech in Mississippi that many rural areas have not benefited from U.S. national prosperity.

While Powell said he didn’t foresee an economic downturn, with unemployment near at a half-century low and economic output rising at a “solid pace,” he said rural areas needed special support, such as access to affordable credit to start small businesses and high-quality education to train workers. It was yet another sign that the Fed was in no hurry to tighten rates.

Gold’s gains were capped by a surge in equity markets, as Asian equities gained for a second day on Wednesday after more positive news on trade.

In a surprise move, U.S. President Donald Trump said on Tuesday that he is open to extending the March 1 deadline for tariff increase on Chinese goods, contradicting earlier comments from the White House that described March 1 as a “hard deadline.”

“If we’re close to a deal, where we think we can make a real deal … I could see myself letting that slide for a little while,” Trump told reporters at the White House.

“Xi is scheduled to meet both Lighthizer and Mnuchin on Friday,” it said, quoting a source briefed on the arrangements.

Stocks on Wall Street, a contrarian trade to gold, also rose on a tentative deal reached by American lawmakers to avoid another partial government shutdown. It was unclear, however, if Trump would accept that deal as Congressional aides said it did not contain the $5.7 billion he wants for a border wall.