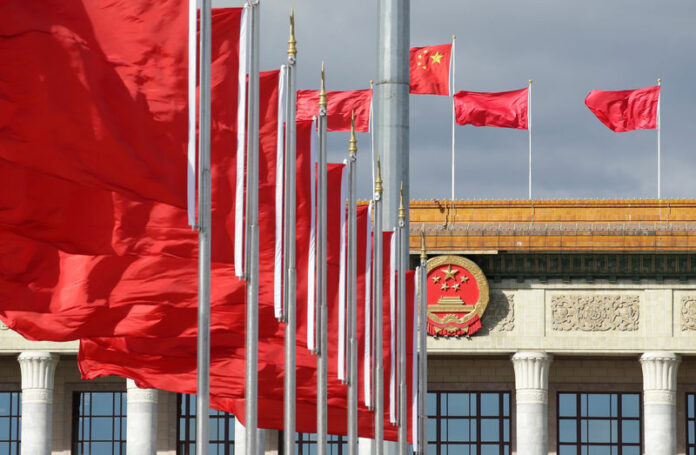 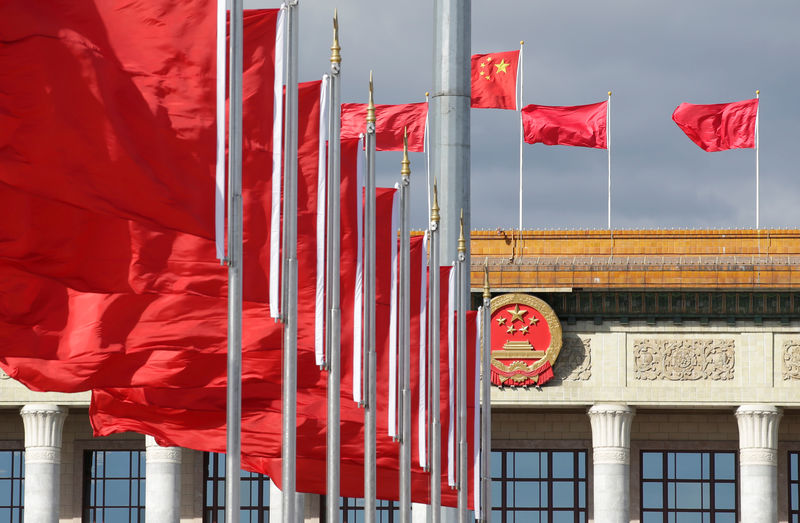 © Reuters. Red flags flutter in front of the Great Hall of the People in Beijing

The government has in recent months unveiled a series of policy steps to support small and private firms that are vital for economic growth and employment.

Recent policy measures have achieved some results, but some private firms still struggle to get funding and financing costs remain high for them, the cabinet said.

Efforts will be made to improve monetary policy transmission mechanisms to make banks more willing to lend to private firms, the cabinet said. Private firms, with limited collateral, are considered riskier than state-backed firms.

The government will also encourage financial institutions to boost investment in debt issued by private firms and improve the effectiveness of the central bank’s targeted reserve requirement ratio (RRR) cuts for banks to help private companies.

To free up more funds for lending, particularly to vulnerable smaller firms, the People’s Bank of China has cut RRR – the amount that banks need to set aside as reserves – five times over the past year.

Further reserve reductions are expected in coming quarters, alongside tax cuts and increased infrastructure spending to support a slowing economy pinched by a trade war with the United States.

Regulators will speed up approvals for private firms’ initial public offerings and refinancing activities, and allow such firms to issue convertible bonds, the cabinet said.

The collapse of a complex web of debt guarantees involving several private firms highlights risks in the financial system and opens up a potentially hazardous front for an economy in the grip of its slowest growth in nearly three decades.