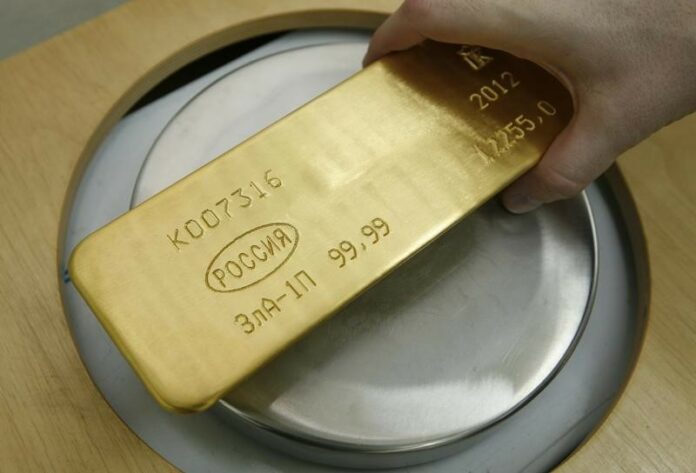 Investing.com – Gold prices slipped on Thursday as optimism over trade talks between China and the U.S. dampened demand for the safe haven asset and a steady reading in U.S. core inflation cast into doubt the possibility that the Federal Reserve will hold rates steady for all of 2019.

Risk appetite was on the rise to the detriment of gold, supported by growing hopes of a breakthrough in the trade dispute between U.S. and China, as Treasury Secretary Steven Mnuchin and Trade Representative Robert Lighthizer find themselves in Beijing for two days of high-level negotiations.

U.S. President Donald Trump said on Wednesday that the talks with China were “going along very well” as they try to resolve the tariff dispute ahead of a March 1 deadline, when U.S. tariffs on $200 billion worth of imports from China are scheduled to rise to 25% from 10%.

Bloomberg later reported that if he sees enough progress being made, giving the impression that trade tensions are cooling.

Analysts also pointed to U.S. inflation data out Thursday. Core inflation held steady at 2.2% on an annualized basis, compared to expectations for a dip.

“The trend in core U.S. inflation remains steady, against some concerns of a potential decline… indeed at 2.2% year-on-year, the current reading is up from the 1.8% reading a year ago,” Rodrigo Catril, senior currency strategist at NAB, commented. “Overall the data suggest that we cannot rule out a resumption of Fed rate hikes later in the year.”