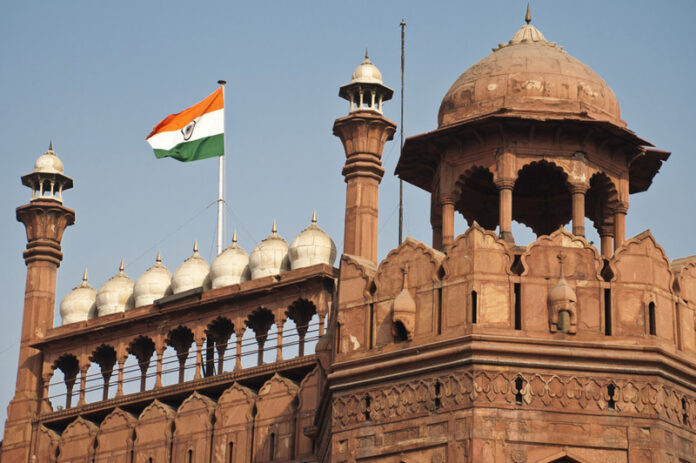 (Bloomberg Opinion) — U.S. and Indian officials are meeting in New Delhi today for what promises to be a tetchy summit. The trade relationship between their countries has never been easy. The fact that India has a $22-billion trade surplus with the U.S. — despite running a deficit with many of its other major trading partners — is particularly annoying to the Trump administration. The total might seem insignificant compared to America’s $566 billion trade deficit with China. For its own sake, though, India would be wise to address rather than try to minimize U.S. complaints.

That’s not only because the U.S. seems to be preparing heavy-duty retaliation. It might remove Indian exports from the “General System of Preferences” tariff plan, which ensures that about 2,000 different kinds of goods — “product lines,” as the trade negotiators call them — can be imported into the U.S. without any tariffs being levied. Washington seems serious: In November, 50 Indian product lines were removed from the GSP.

Normally, Indian negotiators would point out that Indo-U.S. trade isn’t particularly unbalanced, that we’re still a developing country and should get a few concessions, and that we’re all in this together against China, aren’t we?

That argument rings increasingly hollow, however. It isn’t just Trump’s fixation on Harley-Davidson motorcycles: He famously complained that Harleys imported into India were subject to a 50 percent tariff, even after Indian Prime Minister Narendra Modi called the U.S. president personally to tell him tariffs were being cut. “They think they’re doing us a favor,” Trump fumed. “That’s not a favor.”

More genuine is concern about India’s growing protectionism. Indian tariffs on solar panels (ironically, meant to control Chinese imports) prompted a U.S. complaint at the World Trade Organization. Then, an Indian attempt to fix the price of stents caused the U.S. medical equipment industry to rise up in protest.

Now, India has chosen to wage battle against U.S. companies on a completely new front: data localization. The Reserve Bank of India told all payments companies to “store the entire data related to payments systems” solely in India. The government followed up with two separate draft policies, one of which ordered e-commerce companies to store user data in India and one which tells all internet companies to store personal data of Indians in India. The latter policy doesn’t even pretend to be anything other than an attempt to make it easier for Indian companies to do business at the expense of foreign ones. And, incidentally, it’s terrible news for any Indian who doesn’t want all her data made available to an unaccountable and intrusive national security bureaucracy.

E-commerce has also been a major flashpoint. The government is going after foreign-owned e-commerce web sites such as Amazon (NASDAQ:), telling them that they can’t hold any inventory or allow their platform to be used by companies they’d invested in. In other words, Amazon needs to find a middleman to sell Kindles or Echos on its Indian website. Local companies face no such restrictions.

The U.S. can certainly be faulted for not seeing the bigger picture. It’s China that’s distorting the global playing field, and U.S. trade policy should be focused on finding and building alliances with countries such as India to combat that larger problem. India has the potential to be a giant market, which U.S. companies might need if they’re slowly squeezed out of China.

But, India’s negotiators, too, should recognize two basic facts. First: The world isn’t going to take its rising protectionism lying down. If the country starts closing off its market, which right now remains more potential than reality, it will find doors closing to its exports as well. That in turn would reduce its attractiveness as a manufacturing base.

This leads us to the second fact, which is that India can’t manage without preferential trade deals. A quarter of the GSP goes to benefiting India, about $5.6 billion. This allows a lot of smaller, labor-intensive — and otherwise uncompetitive — Indian exporters access to the vast and lucrative U.S. market.

Not only can’t India afford to lose that, we need more such deals. Indian exports have largely remained flat, or even declined in real terms, since Modi took office. They were $314 billion in 2013-14 and are about $300 billion now. Protecting big business in India needs to take a back seat to the very real crisis facing Indian exports.