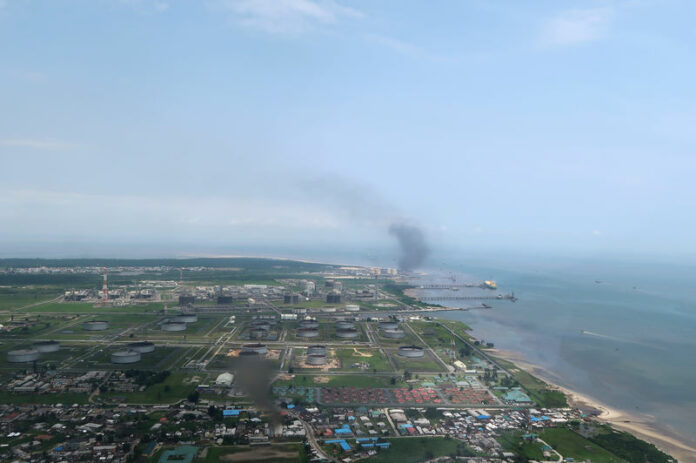 Exclusive: Nigeria hits oil majors with billions in back taxes 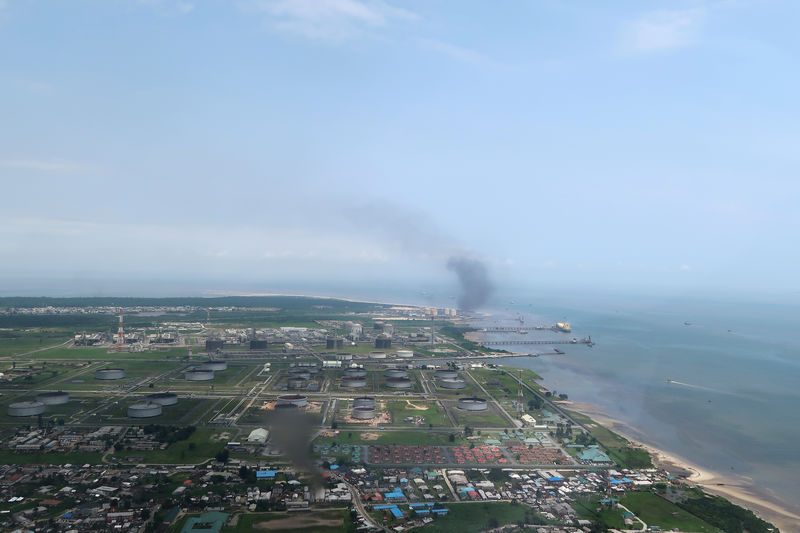 © Reuters. FILE PHOTO: A view shows the Bonny oil terminal in the Niger delta which is operated by Royal Dutch Shell in Port Harcourt

LONDON (Reuters) – Nigeria has ordered foreign oil and gas companies to pay nearly $20 billion in taxes it says are owed to local states, industry and government sources said, in a move that could deter investment in Africa’s largest economy.

In a letter sent to the companies earlier this year via a debt-collection arm of the government, Nigerian National Petroleum Corp (NNPC) cited what it called outstanding royalties and taxes for oil and gas production.

Royal Dutch Shell (LON:), Chevron (NYSE:), Exxon Mobil (NYSE:), Eni, Total and Equinor were each asked to pay the central government between $2.5 billion and $5 billion, said the sources, who saw or were briefed on the letters.

Norway’s Equinor, which produced around 45,000 barrels per day (bpd) of oil in Nigeria in 2017, confirmed the request.

“Several operators have received similar claims in a case between the authorities in Nigeria and local authorities in parts of the country,” an Equinor spokesman said.

Exxon “is currently reviewing the matter”, a spokeswoman for the U.S. company said.

Shell, Total, Eni and Chevron declined to comment, as did Nigeria’s presidency, petroleum ministry and NNPC.

The charge came after the central Nigerian government and local states settled a dispute over the distribution of revenue from hydrocarbon production. The sides agreed last year that Abuja would pay the states several billion dollars, three company and government sources said.

The companies were expected to dispute their respective payment claims.

“Equinor sees no merit to the case,” the company spokesman said.

A source at another company said: “This looks like an internal dispute between the federal and local governments. The central government is simply trying to shift to the IOCs (international oil companies) money it owes.”

It was unclear whether the move was linked to the upcoming presidential election in Nigeria, the most populous African country.

The tax demand adds a fresh challenge to energy companies investing in Nigeria, Africa’s biggest oil and gas producer, which have been negotiating production-sharing agreements with the government to develop and operate giant offshore fields.

Nigeria, a member of the Organization of the Petroleum Exporting Countries (OPEC), produced around 2.1 million bpd of oil last year, compared with 1.86 million bpd in 2017, NNPC says.

Nigeria uses several types of contract with energy companies including the establishment of joint ventures and production sharing, the two most common partnerships for international oil companies in the country.

The companies pay the government in the form of royalties and tax as well as providing the state with oil and gas.