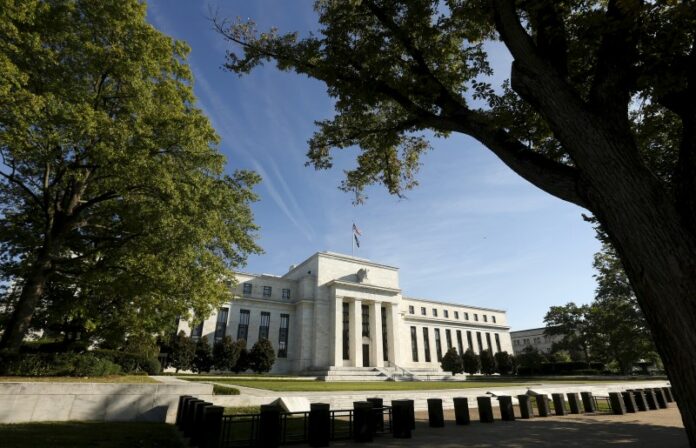 (Bloomberg) — The Federal Reserve may be ready to halt the unwind of its $4 trillion balance sheet later this year, yet some market watchers have expressed dismay at the central bank’s decision.

An account of the Federal Open Market Committee’s January policy meeting released on Wednesday showed that almost all officials wanted to halt the balance sheet runoff in 2019. But not all market observers are convinced about the central bank’s justification for ending the unwind, which only reached peak pace within the past five months.

While the Fed paid a lot of attention in the meeting minutes to December’s market ructions and noted the concerns of some investors about potential tightening of financial conditions, it also said the ongoing balance-sheet reduction had been proceeding smoothly for more than a year, “with no significant effects on financial markets.”

“The bottom line is that the FOMC is on track to curtail the normalization of the balance sheet without providing any solid reasoning for doing so,” Jefferies economists Ward McCarthy and Thomas Simons wrote in a note to clients on Wednesday.

The change constitutes a shift in the Fed’s approach to the rundown, which Fed Chairman Jerome Powell described as recently as December as being on “automatic pilot.” His comments back then, which followed the final policy meeting of 2018, provided fuel for a four-day sell-off in U.S. equities. Since then, the Fed has emphasized a message of patience on interest rates in addition to tempering its balance-sheet stance, and the is currently up more than 10 percent this year.

“They clearly got spooked,” said Peter Boockvar, Chief Investment officer at Bleakley Financial Group. “But they should never have assumed that the tightening of monetary policy was going to be smooth and pain free.”

Here’s more on what some observers had to say about about the shift in the Fed’s balance-sheet approach: