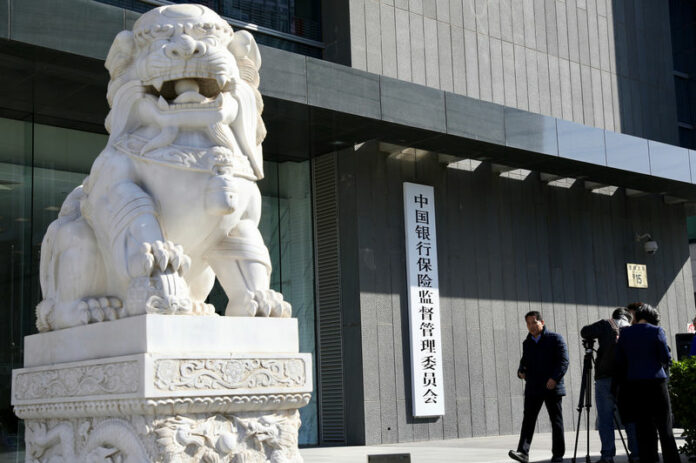 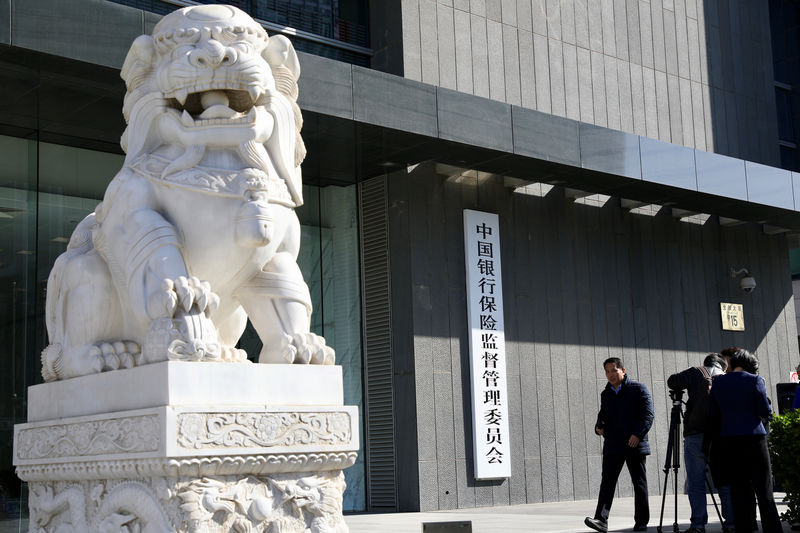 © Reuters. FILE PHOTO: People film the new sign of CBIRC, the newly merged regulatory body, at its office in Beijing

SINGAPORE (Reuters) – China’s banking and insurance regulator said on Monday it had told all of the country’s banks to sharply increase lending to private companies, as policymakers step up support for the slowing economy.

Big state-owned commercial banks should increase outstanding loans to smaller companies by more than 30 percent this year, the China Banking and Regulatory Commission said in an online statement.

The private sector accounts for over half of China’s economic growth and most of its new jobs, but firms have been facing higher borrowing costs and a tougher time obtaining financing due to a multi-year regulatory crackdown on shadow banking, one of their major funding sources.

Commercial banks are prohibited from discriminatory practices when approving loans for private firms, the regulator said.

Banks should also quicken the disposal of non-performing loans to make room for fresh lending to private firms, it said.