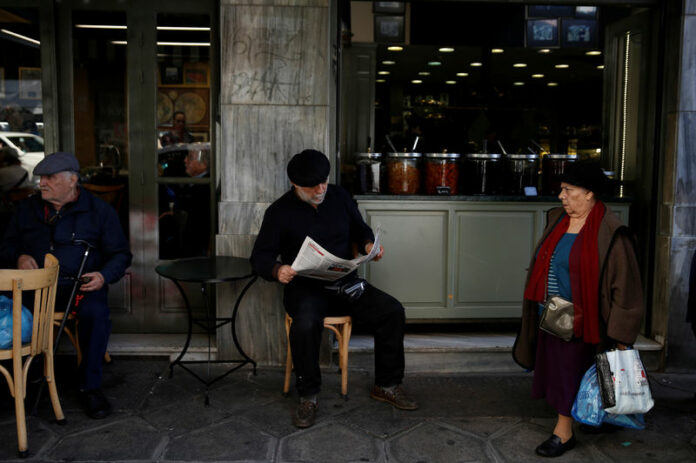 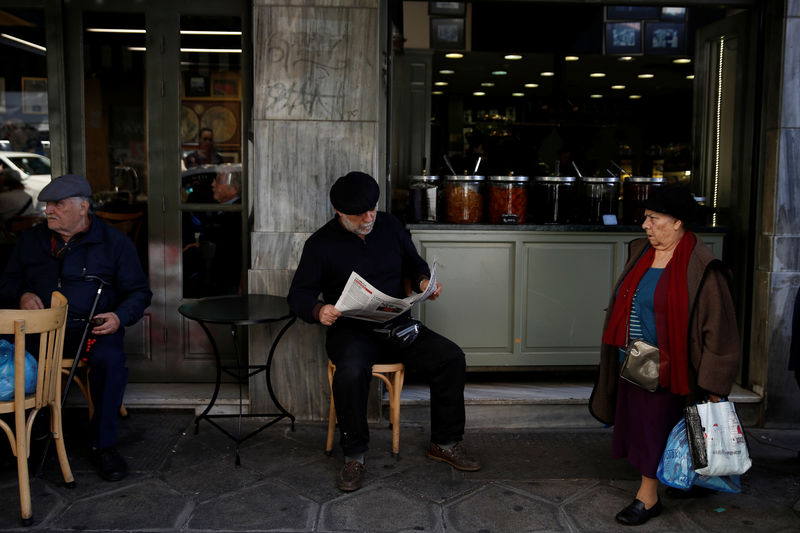 © Reuters. A man reads a newspaper at a coffee shop in central Athens

BRUSSELS (Reuters) – Half of European Union countries are experiencing economic imbalances that differ widely, the EU Commission said on Wednesday, as the bloc discusses how to improve convergence among its 27 members after Britain leaves.

In a regular check-up of EU governments’ economic policies and achievements, the Commission renewed its warning that gaps that are harmful to the whole bloc not being addressed in several states, while a growing number of them face shortfalls.

As economic growth slows, “challenges vary significantly across countries and call for appropriate and determined policy action,” the Commission said in its report.

Thirteen states were rebuked for their economic imbalances, two more than in last year’s assessment.

Of them, Italy, Greece and Cyprus were found to have “excessive” shortfalls which would require swift corrective action. The Commission was mostly worried by the high ratio of bad loans in their banking sectors and their large public and private debt.

None of these countries have sufficiently narrowed the gaps the Commission had highlighted in a report last year, in a sign that EU’s fiscal recommendations have so far been largely ignored in national capitals.

Problems also differ among countries, with France affected by low productivity, Italy hit by high unemployment and debt and Germany lagging on investments.

The EU monitoring was launched after the 2008-09 global financial crisis to address national economic imbalances that could weaken the EU economy.

However, major shortfalls have not been tackled by EU states. For example, Italy’s large public sector debt has not dropped and Germany has maintained an excessive trade surplus.

Structural reforms have also stalled in recent years in many countries of the bloc. “To unlock the full growth potential of our economies, we need structural reforms,” the Commission’s vice-president in charge of financial stability Valdis Dombrovskis said in a statement.

In a bid to address these shortfalls and lower economic divergences among EU states, the Commission last year proposed to set up a 25-billion-euro ($28.4 billion) EU fund to help countries that embark on structural reforms, such as of their pensions systems or labor markets.

Germany and France, the two largest countries of the bloc, supported the cash-for-reform plan in a blueprint agreed last week, but a fund will only be set up if there is backing from all EU states. Not all countries support the plan.

If agreed, the fund could begin financing reforms from 2021 when the new long-term EU budget will start.