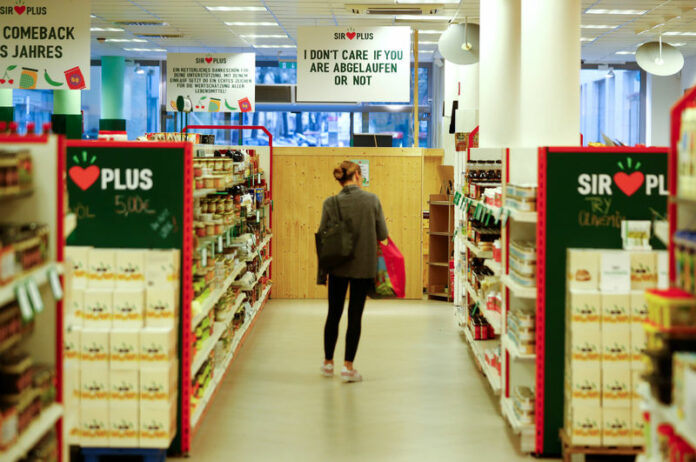 Euro zone inflation’s rise is a mixed bag for ECB 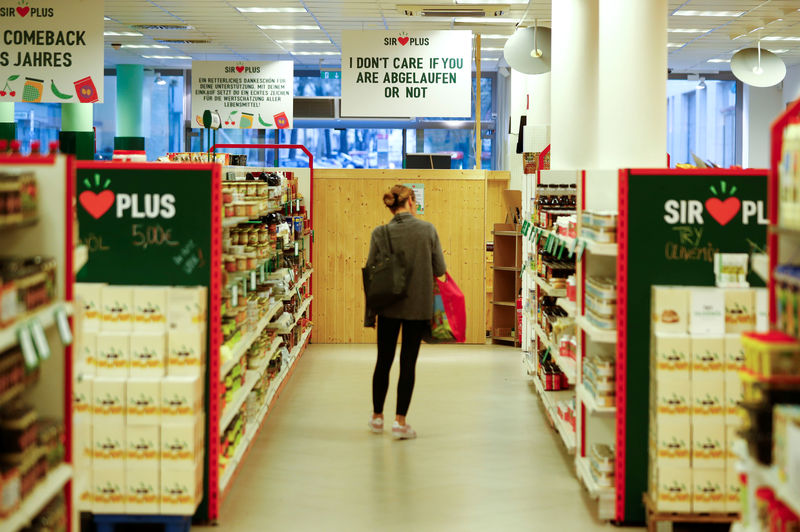 © Reuters. Customer shops at Sir Plus supermarket for surplus in Berlin

By Philip Blenkinsop and Balazs Koranyi

Consumer inflation in the 19 countries sharing the euro picked up to 1.5 percent in February, as expected, from 1.4 percent in January, as food and energy costs continued to rise.

This may be especially concerning for the ECB, because it has long predicted a pick-up in core inflation. The weak readings suggest a poor understanding of how inflation dynamics changed after the euro zone’s debt crisis.

They also give the ECB yet another reason to delay removing any further stimulus, especially since the bloc’s growth weakness points to a dire need of more support, not less.

Indeed, the ECB, which just ended a 2.6 trillion-euro bond-buying scheme aimed at pushing down borrowing costs, is already contemplating new support measures, with the first possibly coming at its next policy meeting, on March 7.

Wanting to combat a slowdown in bank lending, the ECB is likely to signal more long-term loans to banks, in the hope of maintaining the flow of credit and investments.

While the bank continues to signal for steady rates only through the summer, few believe rates will rise this year. Markets have already moved their expectations for an increase to mid-2020.

In a separate release, Eurostat reported the euro zone’s unemployment rate was 7.8 percent in January, unchanged from a revised figure a month earlier, although 23,000 fewer people were unemployed than in December.

The 7.8 percent reading was the lowest since October 2008. December’s number had previously been estimated at 7.9 percent.