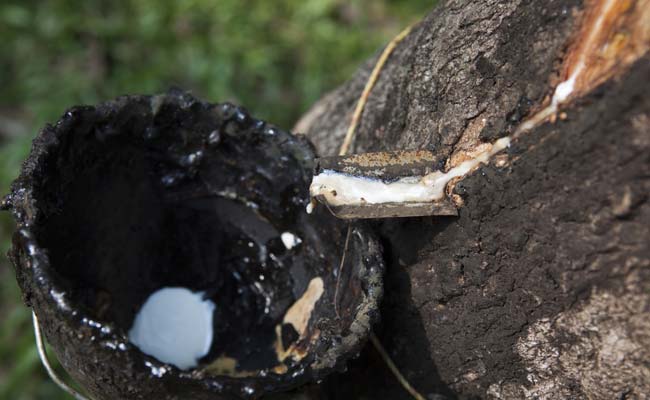 Rubber Weekly: demand rebound is limited and the drive is weak

Rubber futures prices rebounded slightly last week. Driven by the recovery of the operating rate of domestic tire factories, prices were supported below. At the same time, as the Mid-Autumn Festival approaching, downstream tire factories made certain raw material purchases at low prices, which continued the downward trend of port inventory. , Making the price of glue continue to repair the trend. During the holiday period, the prices of external disks fell sharply, mainly due to the strength of the US dollar and the pressure on commodities.

The total inventory of domestic exchanges as of September 17 was 236,651 tons (+4471), and the amount of futures warehouse receipts was 199850 tons (+1380). The peak season of domestic rubber tapping has continued to increase the growth of exchange inventory in the near future. As of September 12, due to the increase in downstream purchases, the inventory in Qingdao Free Trade Zone continued its downward trend, and the absolute volume was also at a low level in recent years compared to the same period last year.

The focus of domestic and foreign spot prices moved upwards last week. According to Zhuo Chuang’s understanding, the price center of the domestic market has shifted upwards, the release of new rubber supply is limited, and the spot inventory continues to remain low; from the demand side, tire factories are still facing the dilemma of unstable operation and high inventory, and the export market is due to shipping The performance was sluggish due to high fees and tight bookings. Therefore, the rebound in the market during the week mostly came from the adjustment demand after the deep decline. Fundamentally, there is still a lack of substantive positive support. Last week, the price of US dollar glue shifted upwards, and the overall market offer activity increased, but buying momentum still did not increase significantly, and trading was light. The price of cargo in US dollars rose slightly. Due to unstable cargo and weak demand for orders, domestic tire factories just needed spot purchases, and the overall raw material inventory continued to remain low. As of the end of last week, rubber premiums for synthetic rubber were 775 yuan/ton (+975). Synthetic rubber weakened last week, and the upward shift in the price of natural rubber resulted in a significant increase in the price gap between the two.

In terms of seasonality, the operating rate in September improved seasonally, but due to the economic downturn in overseas, the overall improvement was limited.

Viewpoint: Under the strong US dollar during the holiday, the external price of the market is under pressure and downward, and it is expected that domestic prices will also be dragged down by this. From a fundamental point of view, the short-term driving force is expected to gradually weaken following the recovery of disk prices last week. In the later stage, we will focus on changes on the supply side. On the demand side, after the domestic environmental inspection, the tire factory operating rate was restored last week. Due to the high inventory of finished products, it is expected that speculative demand will not be released after the normal stocking of raw materials. Domestic demand is weak, and the continuation of overseas demand orders may make domestic tire exports acceptable. The overall demand side may not change too much, and weak and stable. Therefore, changes in the supply side in the later period may have a more important impact on prices. At present, the domestic port inventory is delayed due to the impact of logistics, and it will still support domestic prices in the short term. It is expected that the rubber price range in September will fluctuate mainly.

Risk points: Domestic supply has increased sharply, demand continues to weaken due to the epidemic and other impacts, and funding is tight.

Translated by Google Translator from http://www.cria.org.cn/newsdetail/61802.html