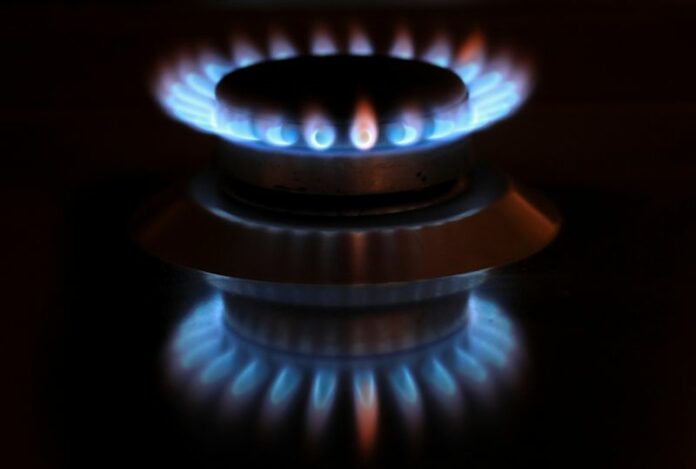 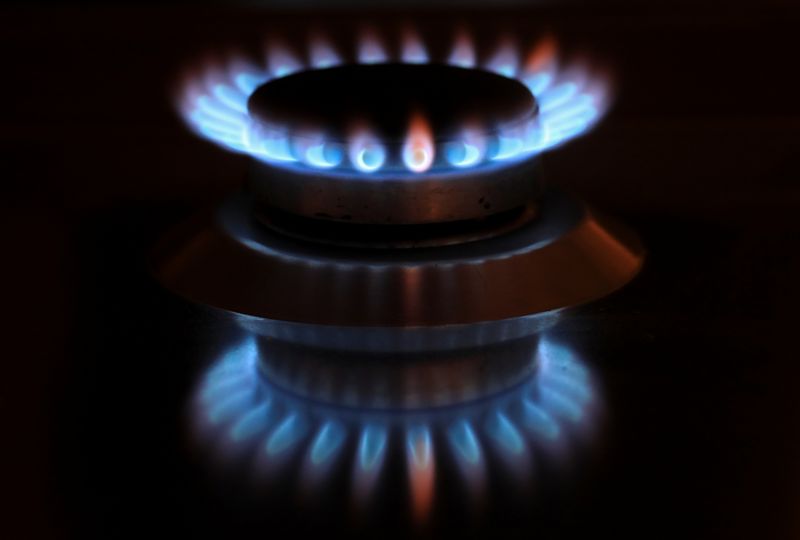 © Reuters. Flames from a gas burner are reflected on a cooker in a private home in Bad Honnef near Bonn, Germany, October 11, 2021. REUTERS/Wolfgang Rattay

BRUSSELS (Reuters) -EU leaders on Thursday struggled to agree a common response to soaring energy prices, which have exposed familiar rifts over the bloc’s climate change goals and divided countries on whether the price crunch warrants an overhaul of EU energy market rules.

EU leaders debated those options on Thursday. Most EU countries have already drawn up emergency action plans to shield consumers, including energy tax cuts and subsidies for poorer households.

Their final summit conclusions invited countries to urgently use the toolbox “to provide short-term relief to the most vulnerable consumers and to support European companies”.

Longer-term measures are more contentious, with countries split over what action the EU should take to shield itself against future price spikes.

In what EU diplomats called a response to a push from the Czech Republic, the summit conclusions were updated late on Thursday to invite the European Commission “to study the functioning of the gas and electricity markets, as well as the EU ETS market, with the help of the European Securities and Markets Authority.”

The Commission should then assess “whether certain trading behaviours require further regulatory action,” the conclusions said.

Poland, the Czech Republic and Spain have asked the EU to limit financial speculators’ participation in the carbon market, which they say said has helped push CO2 prices to record highs. Poland also wants Brussels to investigate whether the behaviour of Russia’s Gazprom (MCX:GAZP) has stoked European gas price rises.

The Commission has already agreed to study both issues, but not committed to take immediate action.

European gas prices have hit record highs as tight supply has collided with economies emerging from the COVID-19 pandemic, amid surging CO2 prices and lower-than-expected gas deliveries from Russia.

That has prompted some member states to call for an EU response – with Spain, Italy and Greece proposing a new system of joint gas buying among EU countries to form strategic reserves.

Others, including Germany and the Netherlands, are wary of overhauling EU regulations in response to a short-term crisis. The Commission said gas prices were expected to stabilise at a lower level by April.

The tussle over the EU response to the energy price crunch will be picked up at an emergency meeting of EU energy ministers on Oct. 26.

A preparatory note ahead of that meeting, seen by Reuters, said ministers would debate “what further measures at EU and Member State level, including the use of EU financial tools, could be envisaged”.

The price spike has also stoked familiar tensions over the EU’s policies to fight climate change, with Poland calling for Brussels to change or delay some planned green measures.

Hungarian Prime Minister Viktor Orban on Thursday dismissed EU climate policy plans as a “utopian fantasy”. That view is at odds with other countries that say high gas prices should speed up Europe’s shift to renewable energy to reduce countries’ exposure to volatile fossil fuel prices.